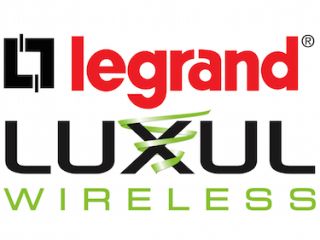 Legrand says that it was attracted by the ability of Luxul’s networking solutions to deliver a more powerful, resilient connected infrastructure that is critical to supporting the ever-increasing demand and reliability of connected systems, including Legrand home system's technology. When asked about the place of Legrand’s wired product lines in an increasingly wireless world, John Selldorf, CEO of Legrand North and Central America, insisted that the end goal was ultimately to support installers and integrators with an array of options.

“There will never be a singular way of doing things,” he stated.

The company also cited Luxul’s reliable performance, intuitive set up, superior customer support, and cost-effectiveness of its solutions that will allow Legrand's installer customers to "own the network" and ensure the best possible user experience.

"A great user experience starts with a great network and Luxul Wireless is number-one in their market," Selldorff added. "Their solutions will become an essential component of Legrand's On-Q and Nuvo home systems, as well as supporting countless other systems. This acquisition brings best-in-class network expertise to Legrand and leverages many channel synergies."

When asked how long the deal had been in the works, Selldorf estimated that the discussion had been ongoing for roughly a year. Selldorf also attested that the timing of the deal was also coincidental to Control4’s recent acquisition of Pakedge, which, he said, had no relevance to Legrand’s deal with Luxul. He did add, however, with a wink and smile, that the deal should settle any questions of a “size competition.”

Luxul’s president, Jeff Curtis, will continue on in his role and will report to Brian Dibella, president of Legrand North America’s Electrical Wiring Systems Division.

The deal is expected to close in the coming weeks as customary internal processes are finalized.