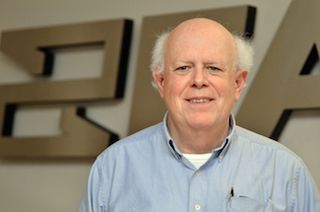 Eastern Acoustic Works (EAW) has announced the retirement of Kenton Forsythe, EVP of strategic engineering. Forsythe, one of the original founders of EAW, has spent his career advancing loudspeaker technology and design. In 2011 he received a Parnelli Award for audio innovation as a testament to his contributions to the professional audio industry.

“I have had the profound honor of working closely with Kenton for over 21 years,” said Jeff Rocha, president of EAW. “It is remarkable that Kenton had already revolutionized the industry and established himself as an icon before my EAW career began all those years ago. The fundamental principles that drove Kenton to create EAW remain the core values that drive our company to this very day.”

Forsythe first entered the pro audio industry in 1975 with the introduction of the Forsythe Audio SR215 dual 15-inch bass horn. From there he developed two-way compact loudspeaker systems and a vented subwoofer that featured an interchangeable tube venting system that allowed the enclosure to be reconfigured for different drivers.

His SR109 loudspeaker and BH212 subwoofer were the first products introduced under the EAW name in 1978. He followed this up in the 1990s with the development of multiple loudspeaker solutions for the stadium market many of which are still in play today.

“My career with EAW has been extremely rewarding. I’ve made so many friends along the way," said Forsythe. "I’ve also been provided with opportunities to develop new and better techniques for professional loudspeakers which, given my excitement for sound, was very rewarding. I am proudly passing the torch to Jeff Rocha. I am very confident that EAW is in good hands and that the projects in the works will be well received by the industry. For now, the time has come to slow down my involvement and take the time to enjoy life and family.”

David W. Robb, Acoustic Distinctions, reflected on his history with Forsythe, which dates back to the Forsythe Audio days: “When the company became Eastern Acoustic Works, I would continue to return to Kenton; not only because he kept coming up with great products, but because he was willing, even anxious, to listen to me,” said Robb. “I’d come back to him with one of his own products and say something like, ‘you know, this is great, but it would be even better if it could also do this, or if it was just 2 inches shorter’. At that time, other companies were more interested in selling their existing products and just considered me to be a pain in the butt, but Kenton was different. He was, and is, an excellent collaborator. He enjoys fleshing out ideas that come from others, and never lets ego get in the way. He’s got a natural talent for the scientific aspects of audio, along with a never-ending desire to create better sounding equipment.”

Idibri managing director Craig Janssen recalls similar experiences: “I’ve known Kenton since the early 90’s when I worked with him on Anaheim Stadium to develop a loudspeaker solution that in retrospect only a young engineer would risk designing and only a wildly creative manufacturing engineer would build. Apart from Kenton's obvious technical skills, the thing I value most about him is his absolute integrity. It’s a rare gift to command the level of respect in the industry that Kenton has and to do it with such little fanfare.”

“One element of Kenton’s brilliance is his ability to focus on the application for a product,” said Jack Wrightson, partner at Wrightson, Johnson, Haddon & Williams. “Everyone wants to design a great loudspeaker. Kenton wants to design a great solution. That’s made all the difference in our projects where EAW was able to provide terrific solutions to a problem, not just a great sounding loudspeaker.”

EAW has setup an online guestbook page for industry professionals that want to send a note or provide commentary for Forsythe. Login and post your comments at http://eaw.com/about/a-legend-retires/.