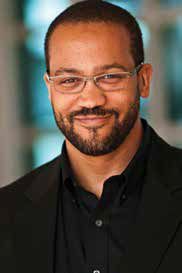 Name: Sean Brown
Title: Senior Vice President
Company: Sonic Foundry
Overtime: Sean is a huge comic book fan, and he says he’d love to see the Star Trek beaming transport become a reality, so people can visit each other at the press of a button. Over at Sonic Foundry, he’s already part of making this a reality by helping develop solutions for people to collaborate through video across the globe.

SCN: Collaboration is a hot topic in AV right now—it had a huge presence at InfoComm once again. How do you see collaboration solutions changing the status of the AV industry today?

Sean Brown: Video is increasingly becoming the cornerstone of today’s collaborative workplace, and it’s essential to be able to pinpoint and reference important information from meetings and collaborations. Too often great ideas, subject matter expertise, and important details are forgotten or left behind when a video call ends. Sonic Foundry’s Mediasite Join automates the capture of collaborative content like videoconferences, providing a rich searchable record of any meeting it is part of.

Sean Brown is a regular presenter at industry events. Here is he pictured speaking at UBTech.SCN: What would you say are the biggest markets for collaboration solutions and how should innovators address the needs of those markets?

SB: Global corporations with multiple sites are still the organizations with the greatest need and resources to dedicate to collaboration space. Higher education is out front in adapting these technologies quickly into mission-critical applications, drawing on their constant influx of tech savvy stakeholders that are ready to take advantage in research and academics. However, I believe that the large enterprises that have been the focal point of development are soon going to have contention from medium and small businesses, as well as individuals that will take advantage of decreasing costs and increased quality to use the same collaborative technology in mission-critical ways via the cloud. Video collaboration will be the new coffee shop in the second half of this decade for the growing consultant-class worker.

SCN: How has digital video evolved and what kind of role does it play in the industry?

SB: Coming from the must-see TV generation, video was entertaining, sometimes informational, and ever present. But video can also be transformational. Take the Kennedy assassination. From a journalistic perspective, it was the fastest time human beings ever learned anything in recorded history. Within 24 hours, more than 80 percent of the people in the U.S. had learned that tragedy had befallen their president, and they discovered it via video on television.

Video became the disruptive technology, because until that point, universal events were shared through print journalism. The industry reacted to this, and from that day forward, universal events were captured and shared primarily with video. This universal video concept has driven the explosive growth of video that we see today.

Thanks to the BYOD movement, personal video is keeping pace. Almost everyone has a video of his or her child’s birthday party, for example. Today, when someone tweets, blogs, snapchats, instagrams, posts on Facebook, etc., that’s all personal video.

But another type of video is growing rapidly in popularity, and is the way of the future: organizational video. Video has traditionally required so much pre- and post-production, so much time and energy to create succinct and enjoyable pieces that people will watch. However, demand and consumption of video is transforming the business of education and communication by not only putting knowledge within reach of anyone with an internet connection, but also transforming it into searchable, indexed, and secure living libraries. The definition of video as we know it has changed.

The lifeblood of organizational video is communication itself. If you record a meeting, training, lecture, videoconference, etc., that’s video. The creation of video used to take a tremendous amount of production work because people thought that was the amount of value and effort needed to make something broadcast ready. But, the automation of video creation from tools like Mediasite by Sonic Foundry has eliminated the need for extensive production hours and has fueled this organizational video growth.

Sean enjoys biking, even if it means bundling up for Arctic temperatures.SCN: Where do you see the digital video market heading next? How does it tie into collaboration solutions, and how will it affect that area in the future?

SB: Sonic Foundry’s way of looking at video has allowed us to predict and create the future. Fifteen years ago, we knew what was going to be important about video, and it was simple. Communication. It’s not about codecs, what the transcode will be and what the storage footprint will be. These are important technical details, but the most important thing to understand to predict the future of video is to first understand the future of communication itself.

There’s a line running between My Mediasite, Mediasite Join, our Mediasite Events team, and all Mediasite products making it easier for people to create organizational video. The skill of Mediasite is to transform the act of communicating into knowledge in a single step. Our secret sauce is to look at someone who is deliberately communicating in a structured way and render that into something digital and shareable, and to securely manage, curate, and distribute it. You can watch it when you want to watch it, use it when you need it, and find it when you have to have it.

We are simply talking about the communication that’s already happening. That’s what organizational video is. When we enable someone who’s already thought out a method of explaining something to you that’s important enough, we’ve encouraged the corporation, or government agency, or the school to be prepared to capture and share it securely and reliably.

SCN: Science aside, what is one innovation you would like to see become a reality?

SB: I am the one science fiction fanatic who is not waiting for my jetpack—that just sounds dangerous to me. My whole life I want the transporter from Star Trek; the ability to instantly travel from one part of the globe to another as easily as you can make a call. It takes far too much time and energy to get anywhere. I hope that someday everyone will be able to visit everything and everyone they want to see at the push of a button.