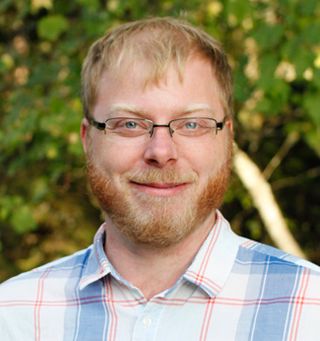 A perennial challenge for tech managers and systems integrators is creating a satisfying, intuitive user experience that stays consistent across manifold AV/IT devices and services. As an organization grows and technology evolves, how do you keep the UX cohesive? Add to that an increasingly varied infrastructure, and you’ve got a migraine. That’s where Jydo comes in. The Seattle area company, led by CEO Kody Kochaver, believe it has a viable control alternative to legacy systems. Jydo has a "living system" that ties devices together and facilitates a user experience that makes technology easy to use. I was impressed with Jydo's clean, strikingly simple, and contemporary UI design, so I reached out to Ben Hackett, the company's co-founder, for more information.

Jydo, sounds interesting. What’s the story? What does Jydo do & why should tech managers care?

Second, replacing the entirety of AV infrastructure is an expensive proposition. Jydo allows tech directors to keep the hardware that works well for them, regardless of the manufacturer, and transition to modern technologies as timing and budget allow.

What makes Jydo different from the dominant/ubiquitous control systems out there?

Jydo is not tied to proprietary hardware or proprietary programming languages. This gives IT departments something they want: control of devices on their network and the ability to troubleshoot basic issues.

Jydo scales across hardware, it can be deployed on something as simple as Raspberry Pi or as versatile as a Virtual Machine.

Can Jydo handle BYOD/BYOx environments for content streaming, 4K/8K, and connected AV devices such as projectors?

Jydo enables IT departments to choose the technology that is best for their unique scenario. As new technologies comes to market, these solutions can be adapted painlessly without affecting the end user experience.

How will installing Jydo affect my IT network?

Depending on how your organization is currently set up, Jydo will have minimal or no affect on your network. Often the devices that Jydo communicates with are already on the network, in that case there is no impact. If an organization is deploying a new conference room, or upgrading a legacy room, they'll have to configure their network to support the new devices. We take security and stability very seriously and as such always recommend putting A/V hardware on its own network.

ROI: How can I justify an investment in Jydo to my company when I already have a VC system in place?

Jydo is not a video conferencing service, so we encourage our customers to continue with the services or devices they use for conferencing.

Jydo provides significant ROI from both a capital and operational perspective. On the capital side, we remove the need for custom programming, processors, or proprietary touchpanels. On the operations side, we reduce support requests and allow changes to the system without custom programming. Additionally, the addition of new technology within a company can easily be accommodated by Jydo without an entire system refresh.

Will all users in my organization be easily able to use Jydo? At a university, for example, a lot of Help Desk heroes and heroines are students, interns, etc.

First, our UI is incredibly easy to use and consistent across every room. Once a user of the system is familiar with one room, they will be familiar with each corresponding space.

Second, because Jydo is written using web-standards, help desk heroes and heroines have access to every room deployed from their web-browser out-of-the-box. If a support person gets a call about a mic being muted, they simply log into Jydo, select the room, and support accordingly from
the desktop.

Jydo will decrease the number of service calls. This is where our customers have provided the best feedback.

Zumiez based here in Seattle has not had a support request since deploying Jydo in their boardrooms.

“Jydo gave the final presentation on their project for Zumiez today… the admitted "non-technical" person, got to play with the system and knew how to run everything within 5 minutes! Which was pretty awesome.”

For FiftyThree, we completely replaced a legacy control system that was plagued with failures. After replacement, they had the following to say:

"Our teams had been suffering under complex meeting room solutions for over a year before we found Jydo solutions. Now we seem to save the usual 5-10 minutes of technical troubleshooting that plagued every meeting, and the Jydo team has been incredibly helpful in customizing to our needs! We are not looking back!"