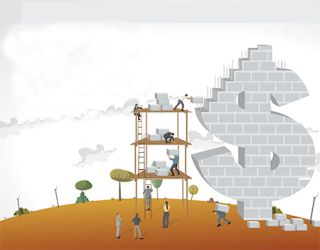 GETTING THE GREEN LIGHT ON PROJECTS WITH FINANCIAL DELAYS

Good news for all those who’ve watched and waited for the “on hold” status to come off potential projects: Not all, but some previously delayed projects are now getting the green light to move forward.

The market is moving as a whole with some verticals doing better than others, said Dan Smith, senior director of sales, LG Electronics USA. “The QSR retail vertical has moved faster in Canada than it has in the U.S., although the U.S. market is starting to show signs of new projects.”

The retail vertical, in terms of the brick and mortar clothing stores, is doing quite well, he noted. “And, as the economy picks up, both budgets and the desire to go from pilot projects to rollouts should be increasing.”

In transportation, the market is plugging along at its same pace, Smith said.

“It is continuing to consume products, but is a smaller vertical than the retail and QSR markets,” he said. “What surprises me is that a lot of the smaller QSRs and retailers are adapting more slowly than I would have expected. The complexity and cost of deploying is inhibiting the small market.”

Enterprise, however, is growing rapidly. “The majority of the larger enterprise customers are emerging from one- to twoyear pilots and have improved their grasps on how to use signage as a communication tool to drive their messaging through the more dynamic and effective medium of digital signage,” he noted.

At NEC there are still delays, but not like there were two years ago, explained Rich Ventura, vice president of business development and solutions, NEC Display Solutions.

“Clients are spending, but not for all projects that were on hold,” he said. “We are seeing education institutions (both K-12 as well as universities/colleges) spending out of necessity for security and safety systems, such as emergency alert networks. Restaurants are spending because they need to comply with the FDA menu-labeling requirements. That rule will take effect at the end of the year for chains with 20 locations or more.”

Retailers are moving forward due to competition, and in order to create stronger sales environments, he said. “Mobile applications, such as Target’s Cartwheel program, are replacing the use of coupons and offer discounts as customers walk through the store with a digital device. Imagine taking that technology and incorporating a digital signage system that interacts with the consumer and their device to drive even more actions.”

There also is a lot of retailer investment in incorporating signage as a way to unify their Omnichannel experiences. “Airports present another opportunity,” Ventura added. “They’re cyclical, upgrading their flight information displays (FIDS) by incorporating added technology, such as advertising systems. We’re at the cusp of upgrades and implementations in this market.”

The Marinoff Theatre at Shepherd University in Shepherdstown, WV, is a 175-seat flexible theater that the university’s drama program and The Contemporary American Theater Festival both use. The project was green-lighted after some funding delays. What the Consultants Say
David Kahn, principal, Acoustic Distinctions, said his firm has experienced holds on both public and private sector work. “Most notable delays were experienced on education projects, particularly for public higher education institutions.”

The Disruptors
Driving many opportunities is the emergence of new disruptive technologies allowing for lower-cost media players, newer software applications, and stronger focus on manageability, Ventura explained. “One such technology is the Google Chrome environment that introduces a strong scalable environment, which enables lower cost solutions for corporate communication and kiosks, etc. This drives new focus on the cloud and delivery of content to screens and endpoints.”

Another example comes from the traditional companies in the technology space. “Intel is introducing lower-cost processors, and Microsoft is restructuring the costs behind [its] operating system,” he said. “These changes are allowing for new lower-cost media players to be implemented in signage applications that rely on the traditional Windows environment. These disruptive technologies will cause people to relook at their investments. It will shake up the traditional pro AV space with the introduction of new lower-cost and flexible alternatives for videoconferencing and digital signage, while also allowing software companies in the signage space look at alternatives and potentially move to the cloud, which lowers internal costs as well.”

After getting the funding, the Charlottesville High School in Charlottesville, VA was able to install two NEC videos walls to enhance its STEM lab. Future Trends
This is another year that’s full of promise, Smith said. “January and February were as flat as that period in 2014, but the number of projects in the pipeline is definitely larger than those months last year, by nearly twofold. Let’s just hope they convert into actual projects.”

The barrier for entry is lower in terms of cost, complexity, and continuous updates across the board, he noted. “Part of the driving factor is that move to cloud-based applications. With less heavy computing on the edge, pushing storage and processing back to the cloud away from that edge, reliability is increased. Another trend is specialized displays. We have thinner and cooler form factors, and those are becoming important in the range of products. The range of brightness and functionality is very dramatic.”

A new huge focus is on the “internet of things” (IoT), which in essence means everything will be connected via the internet, Ventura said. “Simple products, such as beer kegs, will be able to communicate out where they are in the supply chain. Digital signage displays will communicate the environment they are in and will be able to change content based on triggers. New vertical markets will develop focusing on the new dynamics that this technology will create. As we find new applications like car charging stations and even driverless cars that can communicate over the web, new digital signage applications can become a reality.”

Much of what we will see in three to five years does not currently exist, he explained. “So the IoT is an opportunity for digital signage that did not exist previously. We’ll see more location based signage content, programmatic buying applications, end-user behavior systems, and we will see more interaction between mobile technologies and digital signage systems.

As for delays, Kahn anticipates projects still being subjected to pauses between design and construction. “This can be attributed to rising construction costs subjecting many projects to either be put on hold while additional funds are secured, or to readdress design or a building program to cut back elements to better align design with construction costs.”

But while recent durations of project holds have been for several months to years, he sees this hold period getting shorter in coming years. “When projects ramp up again and design teams mobilize to advance projects to the next step, we embrace the opportunity to revisit a building program, verify priorities established in early project phases, and perform needed adjustments.”

Sometimes, Kahn added, significant modifications are needed, particularly for technology systems. “The rapid pace of technology advancements allows clients to leverage opportunities in various ways, from modifications in system infrastructure to incorporating the latest and greatest components which can enhance functionality and flexibility in use, and which were not readily available (or affordable) when systems were originally designed. While project holds have been viewed as an annoyance, sometimes timing works in mysterious ways and enables a client to truly afford the “state-of-the-art” system.