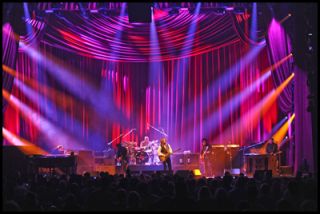 “With our UDC software Chaos was able to set up an ArtNet translation table and do the programming themselves,” says High Resolution’s Drew Taylor. “UDC’s ArtNet feature makes it easy to set up and use an interface that allows you to build your own translation table. It’s a well-tested feature that’s used in live environments all the time, so we knew Chaos would be happy with it for the Tom Petty & The Heartbreakers tour.”

Taylor notes that the app delivered for Chaos at the front end of the tour and for its duration. “It simplified set up and execution before the tour began, and it provided a cost savings during the tour. With this UDC feature you don’t need an additional person switching video on the tour; the lighting director or console operator can handle it.”