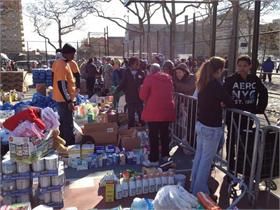 Premier Mounts has combined efforts with employees, friends, dealers, and other contacts to raise funds for a donation to the Red Cross relief efforts for the victims of Hurricane Sandy.