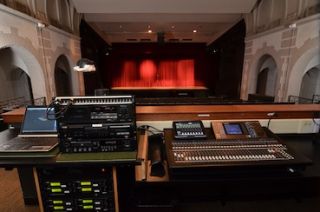 Ridgewood High School in Ridgewood, NJ is a unique institution in that it has a long reputation of fine service to students providing many opportunities to further their performing arts interests. Founded in 1892, the school recently upgraded the audio system in its 250-seat intimate Little Theatre.