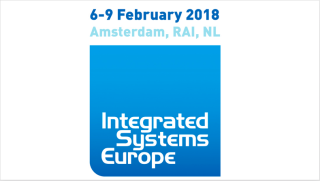 If the audiovisual industry wants to be innovative and continue on in the field of virtual reality (VR), producing more quality VR content is key. But it can be tough persuading investors that VR is a technology worth investing in, according to 360-content producer Suzanne Lagerweij.

Speaking at the ISE 2018’s XR (Extended Reality) Summit’s State of the Industry panel Lagerweij, CEO of Dutch production company Fields of View, said “360-content is one of the most accessible forms of VR for consumers, and it performs better than 2D videos, but it still takes lots of convincing to get investors interested.”

Marco Demiroz, co- founder of the Venture Reality Fund (the VR Fund), added that from a venture capital (VC) perspective, Silicon Valley is the source of most VC funding, but “Europe needs to follow”—which could happen, he predicted, in a “three- or four-year time period.”

He added: ‘It often starts with a couple of venture funds getting into sector and then others follow. People looking to use VR in their business need to work with partners who know a lot about the space and they need to bring in VCs at an earlier stage.”

Fellow panelist Daan Kip, founder of Basefund, then jumped in, adding that while public funding in VR is sporadic Finland, France and Berlin all have publicly funded schemes that are fueling VR innovation in the sector.