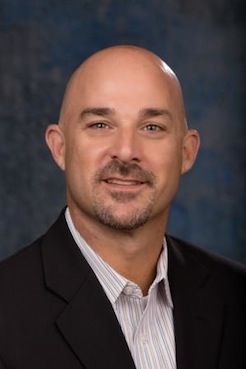 John Watts has been promoted to senior vice president of hotel and event production services.
In the past three years, the revenue of this division has nearly doubled as it widened its services portfolio and extended its geographic footprint outside the U.S.

Previously named AVI-SPL's rental division, this experienced team of hospitality and event management professionals delivers a broad range of service offerings including event staging and production, creative services from script-to-screen, and in-house hotel AV services. In recent years, the team's portfolio has expanded to include digital media content creation and IT management.

To lead the team's strategic growth, AVI-SPL has promoted John Watts to senior vice president of hotel and event production services. Watts brings a wealth of expertise and experience to his role, including a 13-year tenure with AVI-SPL as the management leader for the hotel AV practice. Under his leadership, AVI-SPL opened highly successful hotel AV services locations in Mexico and the Caribbean.

"Our vision is to be the one team clients turn to for the best possible event production experience," said Watts. "Whether hosting a meeting with our in-house providers at a major hotel or producing a large-scale, televised event, AVI-SPL is the right partner."

Jim Engelmann has been promoted to vice president of creative services, providing sales management for all AVI-SPL creative show services offices nationwide. Engelmann joined AVI-SPL in 2001 and today directs all sales and creative personnel for AVI-SPL's event and video production clients in the U.S. and abroad.

AVI-SPL has also promoted Wallace Johnson to vice president of operations for hotel and event production services for the U.S. and Mexico. Johnson joined AVI-SPL in 2003 as the manager of one of AVI-SPL's five-star hotel properties where he received recognition for high service standards and exceeding financial goals. Johnson oversees all aspects of business operations for this division.

AVI-SPL has promoted Ivy Peterson, Larry Feinberg and Thomas Worrell each to vice president of hotel services. All are responsible for driving growth and industry-leading service to the hotel AV services partners in their markets. Peterson has led AVI-SPL's hotel AV services strategy since its inception in 1998. Feinberg also joined AVI-SPL in 1998 and has steered the division's growth while also securing some of its largest contracts. Worrell joined AVI-SPL in 2005 and has been instrumental in hotel AV services properties in key metro markets such as Boston, Chicago and Las Vegas.

As AVI-SPL expands its hotel and event production services, Suley Usman has been promoted to vice president of product development. Usman joined AVI-SPL in 2001, first managing hotel AV services properties in the southeast U.S. His experience in hotel AV turned into a passion for delivering the best possible meeting experience for the hotel event customers.

"The dramatic and dynamic growth of our hotel and event production division is a testament to the world-class service this highly creative and technical team delivers to our clients," said AVI-SPL CEO John Zettel. "I am proud of the name they have made for AVI-SPL in the marketplace."