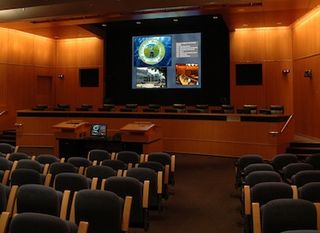 When the City of Milpitas, CA needed an update for their city council chamber's AV system, RGB Spectrum joined with two other San Francisco Bay area companies who designed and installed the system.