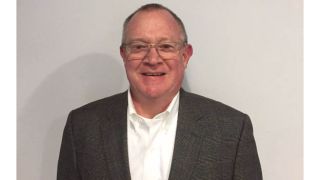 Primeview Americas has appointed David Delaplain as director of Broadcast and Media Sales. As an industry veteran, Delaplain has spent the last 15 years as regional sales manager at Vizrt Americas.

Delaplain is an accomplished sales leader with expertise in new market development and key account management. With over two decades worth of experience in the broadcast and media industry, Delaplain began his career at Sony Electronics’ broadcast solutions division, working closely with major end user accounts such as CBS News, NBC News, HBO, along with resellers by developing broadcast strategies that solve every day problems.

“Given his proven track record and extensive industry experience, David is the perfect fit for this role. Over the last four years, broadcast has become one of Primeview’s top performing verticals here in the Americas. With David’s assistance, we hope to continue the growth we’ve built in the broadcast and media industry,” said Chanan Averbuch, EVP of the Americas.

“I am thrilled to be joining the Primeview Americas team,”Delaplain remarked. “I look forward to having the opportunity to help grow Primeview's footprint in the broadcast and media arena.”