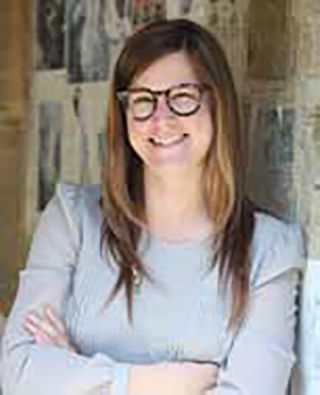 Kirsten Nelson There are usually only a couple of options when you’re talking in great detail and with sincere passion about something that is invisible without some form of serious magnification. You’re either a very wise and learned scientist, or a crazy person. If your claims can be labeled as a “discovery” once they are verified in some scientific manner, you will on most occasions safely avoid being called crazy.

So, in the late 18th century there was this guy, Charles Messier, who as a youth was witness to the six-tailed Great Comet that buzzed through the sky above his hometown in rural France in 1744. Starstruck, he dedicated his life to comet hunting, and in order to prevent various shiny, but motionless, space objects from distracting him from his quest, he started a list that is still readily referred to in astronomy today.

While he did manage to discover 13 comets, he also catalogued an impressive number of non-comets that are known as The Messier Objects. These objects are some of the most beautiful in the night sky, yet you normally won’t enjoy the privilege of seeing them without a decent telescope.

On a recent autumn evening, I took part in an astronomy tour right in the middle of Brooklyn’s Prospect Park. Our guide brought a 10-inch telescope that made it possible to see some pretty amazing deep space objects hidden between stars that have become landmarks in the night sky. Incidentally, we also saw a piece of space junk streak across the atmosphere for such a significant duration that even the astronomer was shocked.

I’m not going to run out and become a comet hunter, but I want to emphasize how refreshing it was to look for something without the aid of an internet search. Squinting through the telescope’s eyepiece, I had to learn how to relax my vision so I could detect the faint haze of Messier Objects 52 and 103, and then enjoy the reward of seeing something that has been there for a few billion years and will likely be there for at least a couple more.

There must have been nights when Messier wondered if he would ever see a comet again, but he definitely gave future generations a tremendous gift with his willingness to chart the theoretical at a time when such a process was rudimentary at best. It’s a good reminder that even in today’s high-tech era, sometimes it’s on a quest for what others don’t see that you’ll make the most memorable discoveries.