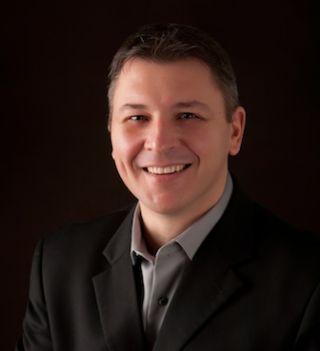 To further strengthen its support for Canadian customers, Meyer Sound has assumed distribution responsibilities for Canada and appointed Franck-Olivier Fabry as the new sales manager.

Fluent in both English and French, Fabry comes to his new post with over 14 years of experience in pro audio sales, much of it in the Canadian market. For 12 years, he held top-level sales positions at Bosch Security Systems (previously Telex Communications), where he handled sales for lines such as Electro-Voice, Dynacord, Midas, Klark Technik, and Bosch in Canada, the United States, Latin America, Africa, and the Middle East.

"We are grateful for the dedication and hard work of GerrAudio in the past 25 years," said Antonio Zacarias, Meyer Sound's vice president of worldwide sales. "As Meyer Sound takes over Canadian distribution and with Franck's wealth of industry experience, we are in a great position to build upon our momentum in Canada and provide customers with more direct access to our full range of services."

"Meyer Sound's product quality is respected worldwide, and no other company provides customers with such a high level of comprehensive support," said Fabry. "I believe that success comes naturally when we're enthusiastic about what we do, and I look forward to bringing new energy and passion to serving the company's Canadian customers and consultants."

Born in Paris to French and Swiss parents, Fabry lived in both countries before moving to the United States. He holds bachelor's and master's degrees in business from France's Ecole Supérieure de Commerce de Toulon and the University of Aix-en-Provence, respectively.