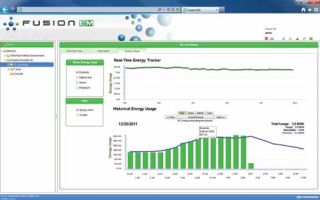 Ethernet has become the de facto standard for the infrastructure of the world’s local area networks (LANs). Conceived and standardized about 35 years ago, it has proven to be functional and capable of adapting to user’s developing needs. It is currently used at speeds that range from 10Mbps to 40 Gbps.

Figure 1: The Ethernet Frame Ethernet was designed to carry data from one station in a LAN to a second station. Because of this simple objective, the Ethernet message, called a frame, contains only five fields: sender address, destination address, payload type, the data, and an error check code. See Figure 1. The source and destination addresses are each six bytes (48 bits) in length. The first three bytes indicate the registrar of the address (typically the manufacturer). The last three bytes are unique to the card. No two cards should ever have identical addresses. Unlike IP addresses, these addresses are usually written in hexadecimal notation, one character for each four bits (half byte). An example appears as: 0C-04-4D-1C-33-9A.

Looking at Figure 1, the next field contains a code that indicates the type of data being transported. For example, the most common payload is an IP packet, in which the code is hex 0800. The payload is between 48 bytes and 1500 bytes. There is an exception called jumbo frames. But they aren’t widely used, especially in the AV industry. The last field allows the receiver to check for errors. Its name is the frame check sequence and it is always four bytes long.

Figure 2: Adding VLANs and/or AVB So, how are additional capabilities such as Audio Video Bridging (AVB) and virtual LANs (VLANs) added? Additional fields are added as shown in Figure 2. In this case the type code is 88B5. The data field contains both a description of the audio or video (control) and the actual payload.

Phil Hippensteel, PhD, is an instructor at Penn State Harrisburg and a regular contributor to AV Technology.