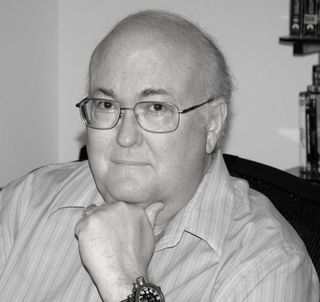 [Editor's note: As we get ready to go to Orlando for InfoComm 2013, new trends in video projection are on our minds. In this article, from the April-May issue of Rental & Staging, Alan Brawn offers a glimpse of what we might see in Orlando - David Keene]

All the big manufacturers produce products with 30K to 40K of lumen light output. Is 40K enough? The DPI’s, Christie Digital’s, and Barco’s of the world would like more and to be candid there is no such thing as enough light output. But a deeper story lies not in sheer horsepower but in efficiency of operation and production of light output.

A recent conversation with Mike Levi of Digital Projection really crystallized the concept of efficiency for me and how this relates to the evolution we will be seeing in the near term. The term efficiency does not sound very sexy from a technology perspective but its important. When we speak of large venue products the power consumption of the projectors can be very restrictive. In this niche we have a lumen per watt specification and the more lumens we can produce for the least amount of power the better off we are. This type of efficiency can expand the venues in which we project our images, lower costs, and reduce total cost of ownership or TCO. All large venue projectors are not equal so pay close attention to this specification, and be on the lookout for products that can produce 20K of lumen output with the power consumption of 10K products of only a few years ago.

One of the buzz words of illumination is laser and in my conversation with Mike Levi, he said, “Pure Laser Illumination?… maybe, but in our view, there are still some technological and health and safety roadblocks to be overcome. One thing is certain, pure laser illumination, as it is envisioned today, is likely to result in a large and expensive projection solution. I suspect when we do see the first pure laser products, they will be flagship models based on the largest optics and DMD’s to reveal the highest lumens and resolution. Frankly, we think it will be hard to justify the size and cost of pure laser illumination for anything but the biggest and brightest systems for quite a while.”

Perhaps the most popular illumination of the day is the LED. It is used everywhere from a blue status light on a laptop to car headlights and most recently as a backlight source for LCD flat panel displays. LED illumination technology for projectors is relatively new and will continue to evolve as additional suppliers enter the market. Understanding the limitations of pure LED illumination, it is not likely to suddenly leap into 10K lumen range, but there are gains still to be made and it will evolve beyond the 4K lumen light output boundary that seems to exist today. Once again efficiency comes into play and not just in power consumption. LED illuminated projectors can produce extraordinary color gamut, saturation, and both color and lumen stability– not to mention light source life measured at 60,000+ hours (7+ years of continuous operation). For large multi-channel systems or high use applications, if the lumens are sufficient, LED is a good solution and provides the most stable and lowest cost of ownership option available.

My personal crystal ball and several NDA agreements in my file cabinet tell me that what is known as hybrid illumination systems (using a Laser, and LED, with a DLP light engine) will be evolving rapidly and will likely provide the best path for applications with modest lumen requirements, good color and contrast and 10,000+ hours of illumination life. Although it is hardly a large venue product, I have a new Optoma projector on my desk that produces nearly 3K lumens of light output and is dead quiet and at the same time produces no discernable heat coming out of the projector body. Oh, by the way, it is instant on and instant off. The hybrid systems are capable of being much brighter than pure LED, but will never be as bright as pure laser. As with pure laser, there are some questions around health and safety issues, but the manufacturers don’t believe the roadblocks are likely to be significant. Like LED illumination, we can already see hybrid illumination systems in the market from specific manufacturers. You can expect rapid growth over the next few years.

My next venture into efficiency is the projections lens itself– specifically, the zoom lens. Most readers will be aware that the vast majority of projector zoom lens change aperture or the “F” number when they go from the closest wide angle viewing (low “F” number) to the farthest telephoto position (higher “F” number) and that lumen light output is lost in the process from wide to telephoto. It should come as no surprise that companies like Canon and a few others are working to lower the elusive “F” number and keep it consistent from wide angle to telephoto. More light output with no increase in power consumption translates to more efficiency.

That leaves resolution. The buzz is all about 4K, or 4xHD resolution– just when we got used to 1080 and 2K for digital cinema. 4K resolution is hard to justify from an application perspective in most Pro AV or staging cases. But there are certainly applications that do require extremely high pixel density, for example, visualization and simulation. In 95% of all other applications, 1080p, WUXGA and WQXGA actually provide resolution that exceeds visual acuity from typical viewing distances. And excluding cinema, visualization, simulation and other specialized (read that costly) applications, it will be years before content is rendered in 4K. But never say never in this industry. We could see 4K projectors– just as we are starting to see 4K flat panels– before you know it.