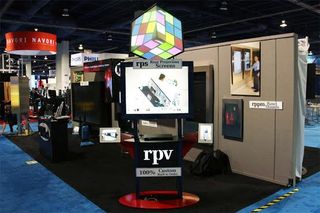 RP Visuals has also been nominated for a DSE APEX award in the category for Business, Industry & Government. The company was nominated for their work on Christie’s Cypress lobby remodeling, which featured a complex array of Christie MicroTiles. RPV shares the nomination with the content creators on this project, Arsenal Media