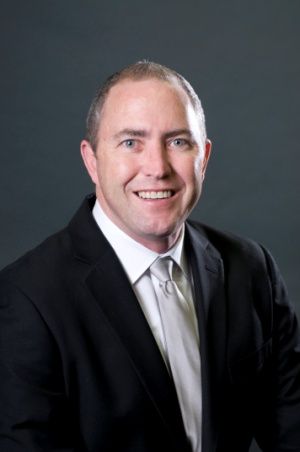 McClimans will be expanding his role into a stronger international focus to capitalize on the North American market. He will be collaborating with Peerless-AV teams based in London, EMEA, Mexico and South America to further expand upon the European and Mexican team's accomplishments and establish markets and new products to meet each country's different needs.

"I'm always looking for more partners and in this new role, I am able to continue building partnerships, on a global level," said McClimans. "My motto is 'it takes partnerships to succeed' and I'm a big advocate for needing solid collaborative relationships to help grow and support each other's businesses. I'm a strong believer in a diversely contributed and aggregated work product in the furtherance of our global initiatives."

McClimans has been employed by Peerless-AV for 22 years. Most recently, he served as managing director, business development, a position he has held since 2006. In this role, he developed and implemented national digital signage projects including video wall, menu board and interactive kiosk solutions.

Before that, McClimans held the position of director, business development from 2002 to 2006. McClimans has worked in other areas of Peerless-AV, including heading up the OEM group and West Coast Sales, hiring more sales people for Western Regional, and customer service.

In addition to his work with Peerless-AV, McClimans is also recognized as an industry advocate, presenter and speaker at digital signage industry events including DSE, DSF, DSA and Display Search. He was recently named a member of the Digital Signage Federation Board of Directors, won the Peerless-AV Lifetime Achievement Award for Tradeshow Excellence in 2011, and serves on the DSF Advocacy and Outreach Financial Subcommittee.

He earned a Bachelor of Economics and Marketing from Illinois State University in 1991.