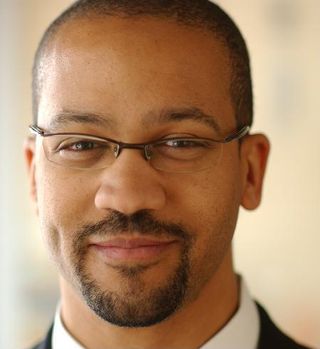 Video is the most important, powerful datatype in an IT infrastructure with the most potential to communicate, to train, to democratize education and save money. And video growth is astronomical.

● Cisco predicts that by 2018, nearly 70% of all data traversing the internet is going to be video. That’s five million years of video viewing crossing the internet every month!
● Facebook announced that it is generating 8 billion video views per day, and Snapchat is close behind with 6 billion.
● YouTube says 500 hours of video are uploaded every minute, and those videos generate billions of views daily.
● Periscope has more than 10 million users, and visitors watch hundreds of thousands of hours of video each day.
● We’ve found that at minimum, a student watches a Mediasite-based video every single second of every single day.

With numbers like that it’s hard to imagine how video can get any more pervasive. But as 2015 becomes a memory, we’re looking towards the future and present to you our top predictions for online enterprise video in 2016.

1. Rise of corporate video
Corporate video applications are gaining traction. According to Wainhouse Research’s “2015 Enterprise Streaming Solution’s Market Sizing & 5-Year Forecast,” the enterprise streaming solutions market was on pace to grow 22 percent to $1 billion in 2015 and is projected to grow 19 percent in 2016.

The enterprise has used live video to stream communication to employees and customers, financial news to investors, and more. But corporations, government agencies and associations will increasingly use on-demand video to communicate in 2016 to make sure everyone, no matter where they are in the world, is speaking the same language. We’ll be seeing a rise in secure, private and centrally organized “Internal YouTube” projects, which open the doors for deeper employee collaboration, engagement and productivity through video.

3. Branding
From a customized URL and player to where and how it’s embedded and integrated with social media, video creators want video to be an overall part of their brand decisions more than ever. Video needs to be convertible to, for example, a Vine, supportable in a Tweet, embeddable in Facebook, etc.

People who were once satisfied with YouTube are moving towards a secure enterprise video platform in 2016 for this reason.

4. Crowd-sourced video
Schools, businesses and organizations will increasingly ask students, employees, event attendees, etc. to create video that will be part of the official record.

For example, Dell put video power into its employees’ hands using a desktop video creation and publishing platform called My Mediasite. Launching DellTV, a private, secure repository of the company’s video, they made every piece of video immediately searchable and archived, available in seconds around the world.

From training videos to flipped meetings and classes, immediately accessible video makes all the difference.

Summary: The most powerful application of video is to transform the massive amount of expertise and communication that we’re already doing daily and take it to global audiences. Cheers to success in 2016.