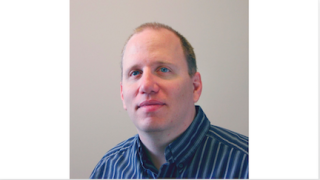 On Thursday, December 14, 2017, the Federal Communications Commission voted three to two (3-2) to repeal the rulings protecting net neutrality passed in 2015. Many think the issue of net neutrality started in 2005 when a North Carolina telephone company, Madison River, prevented people from using Vonage (Vonage is a Voice over Internet Protocol (VoIP) service that is competition to the phone companies). It actually traces back much farther than that—all the way back to last century and the Communications Act of 1934. This law changed the Federal Radio Commission to the Federal Communications Commission. The official title is “An act to provide for the regulation of interstate and foreign communication by wire or radio, and for other purposes.”

Your internal monologue might be asking, “Why do I care?”. Net neutrality impacts everyone’s communications ability, choices, and processes. It impacts your ability to communicate. These impacts are not just personal, but can easily impact business as well; these impacts will not be limited to the United States.

This quote from the preamble of the Communication Act describes the intent well, “For the purpose of regulating interstate and foreign commerce in communication by wire and radio so as to make available, so far as possible, to all the people of the United States, without discrimination on the basis of race, color, religion, national origin, or sex, a rapid, efficient, Nation-wide, and world-wide wire and radio communication service with adequate facilities at reasonable charges…”

The intent of the law is to provide effective communications through the regulation of interstate commerce. This law contains Title II to cover utilities, such as telephone companies, for communication as “common carriers.” In 2015, internet service was reclassified as a utility, not an information service—that is what allowed the FCC to start leveling the playing field by enforcing neutrality. It did not apply all of Title II to high speed internet connectivity.

The simplified version is the FCC ordered internet providers not to interfere with or cause difficulties for consumers or the companies whose sites and apps they're trying to access. The 2015 decision by the FCC to made internet access just as important as phone and electric service; it became a utility. It placed the foundation for the rules used until December 14, 2017. The 2015 decision clearly indicated the importance of high-speed internet service for communications.

The United States Supreme Court has ruled that a federal agency must show its due diligence before making a change as dramatic as this one; more specifically, the guideline is that a federal agency is required to “examine the relevant data and articulate a satisfactory explanation for its action.” The FCC has stated that it performed that task, however it appears to me that the FCC decided to only examine data that supports Chairman Pai's view. Chairman Pai put forward that the net neutrality regulations are stifling investment by the larger providers. Groups who have reviewed Securities and Exchange Commission’s filings from 2015 through 2017 and show the exact opposite. At the same time, many living people have claimed that their comments on the repeal are not their words, which indicates lack of due diligence in evaluation.

There will be day-to-day impacts to the AV industry. We will also feel it at home. Many municipalities decide to simply have one cable provider. Telephone, cable, and electrical providers are typically given territories by local regulators. In the Madison River incident, this situation prohibited one from selecting another telephone company that did not block Vonage.

Where I live, I have one option for high-speed internet. The provider also offers other services such as online meetings, VoIP, and data backup services. It is reasonable to foresee a situation where a provider will favor their traffic over a competitor’s traffic. Under the December 2017 rollback, this situation could easily occur. While the provider is allowing traffic to get to a competing VoIP service, it is very easy to shape the traffic to make it unusable. That is exactly what the Madison River incident was. If this unfair business process occurs, the Federal Trade Commission adjudicates the issue.

Now let us look bigger picture. This rollback is a large problem as it allows internet service providers (ISPs) and broadband providers to basically control communication. While it seems like a small thing to be able to regulate and charge money for how much data is being transferred and how fast it is transferred, it is actually has much bigger repercussions.

Imagine if your ISP doesn’t want you to communicate via Twitter. Now ISPs won’t be able to actually block Twitter, but they can make it painfully slow so that it’s not usable. This issue actually has already happened in Canada during a 2005 labor dispute between Telus and the Telecommunications Workers Union. Telus, the provider, blocked access to “Voices for Change” website as they found it to be pro-union—that is a stoppage or change of communication.

I can continue on about all of these issues, whether it be streaming my Netflix or hosting AV over IP, and the possible effects this ruling can have on my personal and professional life. But let me bring this back to the ultimate issue in my opinion: this is about freedom of choice and speech. The repeal of net neutrality allows communications companies to decide how and what we communicate. These issues have already started; Verizon censored text messaging and Verizon blocks hyperlinks in email.

Hopefully this article doesn’t get blocked when I send it to SCN—you know, because I am talking about broadband providers.

Bradford Benn is a card-carrying member of the Electronic Frontier Foundation. He has been involved in the AV Industry for over 25 years. He currently (Dec 22, 2017) is between jobs. If you want to know more, you can find him on the internet at https://bradfordbenn.rocks. As always, Benn’s opinions are his own and not necessarily a reflection of the publisher’s opinions.

Net Neutrality and U