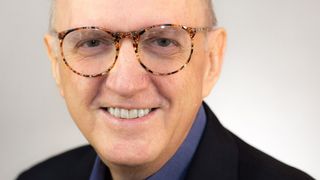 When I learned that John Stiernberg, well known in the pro audio, music instrument, and AV industries passed away November 11th after a battle with cancer, sadness was followed by appreciative reflection on John’s many contributions to our world.

NewBay colleague Jeremy Glowacki wrote a nice tributeto John this morning. It got me thinking about my time with him.

As the news release on the 11th stated, “despite his influential role as a guiding force behind many of the industry's success stories, Stiernberg maintained an intentionally understated, behind-the-scenes profile to keep the spotlight on his clients.”

Indeed, John was a soft-spoken man– brilliant but never blowing his own horn. He had a knack for bringing out the best in others, on both a personal and a professional level.

Many have commented on John’s love of music in particular. For me that quality of his resonates on several levels. It resonates with me as it does with so many in the industry– as a link back to the time when so many audio pros especially were musicians who parlayed their love of music or music gigs into a day job at sound companies or audio or MI equipment manufacturers. For some, the day job led to the corner suite.

John was indeed an “accomplished bluegrass and gospel musician”, but he was much more than that. He knew as much about jazz as about bluegrass. When I was spending a good deal of time with John, a few years back, we’d trade armchair assessments of Miles and Jarrett as much as of Ralph Stanley or the Grascals. At that time I was more into jazz. Oddly, I’ve drifted toward more bluegrass and roots music in recent years. John’s influence, perhaps?

I remember that John, no matter where he was, business meeting in Manhattan, or trade show, or anywhere, always had a set of fingerpicks in his pocket (not flat picks– individual fingerpicks). He’d pull them out if there was a guitar or banjo nearby, and effortlessly dive into an interesting riff– yes, usually bluegrass. I’d rib him about “cheating” by having to use fingerpicks– I use my nails to pick. It always ended with a smile on John’s face, and he’d play on, in that zen-like way of his. (Not sure how bluegrass is zen-like, but somehow he made it so.)

At the NAMM show, John was like a kid in a candy shop. He was on first name basis or more with the owners and execs of the industry’s most prominent companies. He could trade stories with Chris Martin– Chris had a few, seeing that he was and is the sixth generation to run his family’s guitar-making business that you may of heard of– C. F. Martin & Company. Or with Mark Gander of JBL. Or any of dozens of folks who like John brought not just business smarts to the game, but a love of music, technology, and where they both meet.

John Stiernberg is survived by his wife Jeanne. If you knew John, you know Jeanne. They were indeed childhood sweethearts who made the music last, and last.