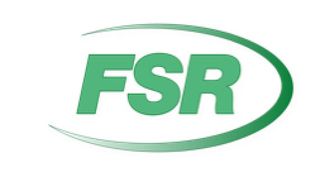 Working closely with TCB Sales, FSR will continue to service its existing customers on the West Coast while expanding its presence in the pro AV market. TCB Sales was launched earlier this year by founder Rob Belt, an active member of the AV industry since 1989, who has worked for a number of manufactures and other independent rep companies.

“The rep firm itself may be new, but the company founder — Rob Belt — has more than 20 years experience as a manufacturer's rep and has earned a stellar reputation in the territory,” said Jan Sandri, president of FSR. “We look forward to working closely with Rob and the TCB Sales team towards our continued growth in the Northern California, Northern Nevada and Hawaiian regions.”

With offices in Livermore and Modesto, Calif., TCB Sales serves its customer base comprised of AV integrators, consultants, electricians, and end-users with the most advanced systems in the Audio Video market.

“FSR is an extremely well-respected manufacturer of infrastructure products,” said Belt. “We look forward to growing the company’s sales in our territory and continuing to spread the word about FSR’s advanced solutions.”