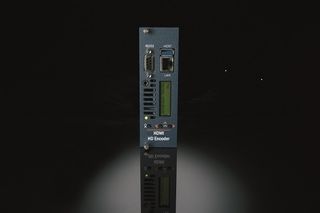 The What: Cabletime is now shipping its Low Latency System, a combination of products designed to deliver dynamic IPTV distribution at optimum latency to suit the user’s particular network configurations.

The company is responding to the growing business-critical considerations of corporate users who are demanding low latency products to support high quality streaming applications. The launch of the MediaStar 798 encoder earlier this year allowed users to deliver lower latency and re-casting across virtual private networks and the Internet to offices or other locations. However, to ensure a full low latency solution for IPTV, the addition of the Media Portal Player and Media Manager software will deliver significantly greater latency enhancements.

The Bottom Line: Cabletime is demonstrating the MediaStar Low Latency System at the forthcoming InfoComm exhibition in the US (June 12-14, Orlando, Florida). It also has a range of additional customizable IPTV and digital signage solutions on booth 3089.