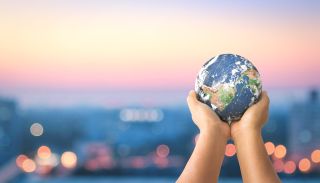 Picture it: Your AV firm has just completed its first overseas project. It was a wild success––you made a considerable chunk of change, the client is thrilled, and there has been much back-patting and high-fiving all around. It’s got you thinking: If we pulled this off so well this one time, who’s to say we can’t do it all over again? And again and again? Who’s to say that our U.S.-based company can’t become a global concern?

There’s no denying that pursuing business on a global scale presents significant growth potential for AV integrators––especially those servicing multinational enterprises seeking one source to handle their technology requirements. But while many AV firms are well-seasoned in addressing the nuances of working state-to-state, overseeing deployments in foreign countries is a more complex undertaking. And no, we’re not just talking about language barriers, cultural considerations, and the need to observe national holidays (although you’ll have to worry about these things, too).

“The first mistake is saying, ‘Let’s take the business model that’s successful for us here and export it.’ That often doesn’t tend to work, and the idea that ‘global’ is just your domestic business on a bigger scale ties into that as well,” said Byron Tarry, executive director at Global Presence Alliance (GPA), headquartered in Amsterdam, the Netherlands. Tarry continued, explaining that the process is often completely different depending on if you’re installing 100 rooms in North America or 100 rooms around the world; what works in one locale may not enjoy the same success all over the world.

Tarry also cautions against expansions based on the success of one or two overseas projects; instead, he urges AV firms to examine what their global strategy consists of. Your client may have led you to Brussels or Tokyo, where you see the potential to service more customers, but what is the plan for when your client wants you to open operations in Shanghai, Dubai, or Mumbai? “It’s very difficult, typically, to open up [a new location] on the basis of one customer’s desire to have you fulfilling in a certain region, and then trying to grow and mature your business locally,” he said. “Even if you can build a business case to expand into one of those regions, you still need to have a model of how you’re going to deploy for that customer on a more global basis, and that typically isn’t going to be built around your having a physical footprint there.”

As its name suggests, Global Presence Alliance works with AV partners around the world to provide enterprises with one global source to address their audiovisual requirements. A U.S.-based AV integrator that partners with the organization would then have access to its partners––companies overseas that have been vetted by GPA on their operations, processes, and the quality of their work. With this in mind, it’s not surprising that Tarry promotes a partner-based model for going global; however, his advice to AV integrators is definitely valid. If you’re thinking about expanding into another country or countries, he suggests you define what it is you’re trying to achieve. Going global because you’ve exhausted all of your growth opportunities at home is one thing; expanding overseas to solve a tactical problem––like servicing a client who wants you to be their provider in another region––may not be the most strategic solution. “[In that case,] I’d say you need to step back and understand what your global delivery strategy is, not whether [or not] you need to put a foot in a different country.”

There are also the nitty-gritty items to consider, one of which can have a crippling impact on the profitability of global deployments if it’s not addressed up front––and on an ongoing basis. U.S.-based integrators working on a national basis have the luxury of doing business in the same currency; the minute they expand overseas, this changes. “If I’m in the States and I need an integrator in Paris, France, the Euro could fluctuate every day, and someone has to make up that difference,” said Chris Miller, executive director of the PSNI Global Alliance, a network of global AV providers, headquartered in Tulsa, OK. “When you work in hundreds of thousands of dollars and you have given a quote to a customer, if that documentation is not clearly defined, someone can lose money.” The same goes for country-specific rules and regulations that have an impact on shipping and local pricing on manufacturers’ products.

PSNI is a for-profit network. It, too, allows integrators to partner with each other to ensure that services are delivered on the ground in any given region. Miller explains that over the last several years, the organization has scaled what was once a national focus globally in response to what the AV integrator’s customer often seeks: streamlined fulfillment worldwide. At the same time, every business is currently dealing with market volatility and trade tensions. For integrators operating globally, how does one attack these challenges without exposing themselves to too much risk? For Miller, the answer is to address it up front.

“Clearly state [in your contracts with both customers and global integrator partners] that the volatility of the currency needs to be determined at a mutually agreed upon time, and [there needs to be] an agreement on how that will be resolved,” Miller said. Not only must currency fluctuations be taken into account, it’s unclear as to how long manufacturers will absorb the cost of increased trade tariffs and when these costs will be passed on down the line. “If that enterprise customer has a quote and it’s 120, 180 days out, everyone better understand that there’s a possibility of significant movement in the pricing. A final answer is not a final answer.”

HB Communications, an AV integrator headquartered in North Haven, CT and number 12 on SCN's Top 50 list, has been building its global presence over the last five years. (It is also a member of PSNI.) Peter Charland, executive vice president of global operations and services, recounts that the firm has partnerships with other AV providers in 40 countries and employees in the EMEA and Asia Pacific; he says that in 2018, HB Communications delivered projects in 30 countries.

Charland echoes Miller’s warning concerning currency fluctuations, and notes that there are a number of variables that can determine the success of projects around the globe. “There are layers of complexity in certain countries that you have to consider,” he said. For example, labor rates in Switzerland differ greatly from those in India. “If you’re doing business in 30 countries, you’ve got to simplify your business model––in some locations you know you’re going to lose money, but in most of the others, that’s where you’ll make the money. If you try to do pricing that’s country-specific, you have too many pricing tables––it’s unwieldy. You’ve got to average it out and know that overall you’re making a profit, but on any one location you may win or you may lose.”

Byron Tarry, executive director of Global Presence Alliance, emphasizes that GPA promotes relationship-building between its members to ensure that global deployments not only go smoothly, but that ongoing service requirements are fulfilled. “We tend to see organizations that are trying to fulfill a global delivery strategy with what I’d call a subcontract mentality––that is, to strip out as much of the profit, strip out as much of the knowledge, and pull that back centrally,” he explained. “When you do that, the subcontractor certainly hasn’t got any sustained interest and engagement in the customer’s success because they’re really only being used as arms and legs to deliver.” This is where the human relationships come in: in developing a sustainable, meaningful relationship with partners on the ground, it’s more likely they’ll be motivated to go above and beyond for your client. “When you take a subcontract approach, that tends to fall apart because the vested interest for those local companies at the front line is relatively minimal.”