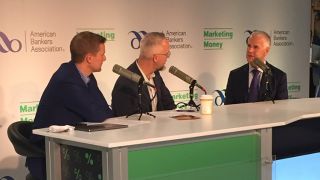 The role of any industry association is to support and empower its community, and AVIXA, with a membership of 5,400, is taking that a step further. When InfoComm rebranded as AVIXA (the Audiovisual Integrated Experience Association) this fall, the executive leadership shared its mission to act as a catalyst for market growth. One way it hopes to expand the global AV pie is a new outreach campaign called Industry Awareness. Through strategic partnerships with new vertical markets, and by taking the message of AV’s value on the road, AVIXA hopes to elevate the amount of global spend on AV.

David Labuskes, Chief Executive Officer of AVIXA, explained that to help to grow the marketplace, at the rubber-meets-the-road level, decision-makers need to understand that investing in AV has a bottom line benefit. To that end, the AVIXA team is working to “elevate the perceived value of implemented audiovisual technology in providing for exceptional experiences,” Labuskes said.

The AVIXA Industry Awareness campaign has identified four verticals that are making significant AV investments, and the team is working to deepen relationships in those markets.

AV touches every commercial sector, from healthcare to education, so how did AVIXA choose the verticals that were ready for this systematic engagement?

Every market sector is worthy, Labuskes said, “but AVIXA is looking at a combination of criteria: one was the size of their current spend with the AV industry. The second was feasibility. We wanted to get started as quickly as we could,” he said. Therefore, AVIXA explored markets that where it already had inroads. The first four verticals for 2017 are higher education, financial services, retail, and hospitality.

Once AVIXA settled on the verticals, a plan was put in place to reach new types of executives. In higher education, for example, “The people that AVIXA wanted to reach were the people that were driving budget decisions at the universities,” Labuskes said. “That ends up moving us into the provost level, or potentially the CIO level, or the VP of IT.”

Wish You Were Here

Dan Goldstein, SVP of marketing and communications for AVIXA, participating in a roundtable session at Retail Week Interiors Conference 2017 in London.

As opposed to convincing professionals in other industries to visit the InfoComm trade show, AVIXA is taking the AV show on the road, visiting high-profile events such as Retail Week in London, the International Retail Design Conference, and the American Banking Association’s annual meeting. At these events, AVIXA is sponsoring panels and networking, presenting, and sharing the advantages AV experiences.

But the campaign doesn’t stop there. After live event engagements, resources will be created, e.g., white papers or market research, then cross-posted, creatively marketed, and made available for download.

“What we're doing is typically not just giving a speech that says, ‘AV is good. Buy more AV,’” Labuskes clarified. AVIXA is curating panels with members that have provided solutions. The goal is to showcase case studies and illustrate how AV can support institutional missions.

Organizations operate differently, and there's not one standard approach, even within sub-verticals. This reality is one of many challenges faced by the Industry Awareness team. The vocabulary of the new campaign needs to calibrate to specific market needs, and, as Labuskes said, the outreach must “stay relevant for the audience.”

Each year, AVIXA will add two new verticals to the effort without dropping the existing verticals. Rather than a one-and-done mentality, follow-ups and relationship nurturing are critical.

Marketplace trends effect day-to-day operations on the micro and macro levels, and emerging technologies are no exception. IoT, AI, AR, and VR will be themes in the 2018 InfoComm Integrated Life pavilion in Las Vegas. At the Hotel Experience Show, November 11-13, the Industry Awareness team explored LED lighting, infrastructure, and smart building controls.

Labuskes underscored that AVIXA is focusing on “experiences that are created by AV” and that are enhanced and delivered through smart systems, smart buildings, and smart cars. Illustrating how emerging technologies can work together are creating opportunities for InfoComm show attendees.

The technology manager contingent is diverse—some IT managers oversee AV, some AV managers work on teams—but all are tasked with managing AV. Increasingly, as we see AV over IP designs becoming more capable, easier to manage, and less cost prohibitive, there's more interest in the infrastructure.

AVIXA recognizes this trend and the necessity of collaborating with IT and infrastructure pros. For years AVIXA has cultivated relationships with allied industry organizations like BICSI and CompTIA, co-developing online courses and offering cross-applicable continuing education credits. But while more tech directors are deploying software-based platforms and increasing their knowledge of OSI layers, Labuskes argues that AV professionals are not only different than IT but “more important than IT.”

“I think the fundamental message behind this rebranding is, we're more important than IT,” he said. “We're more than IT. IT is about speed and efficiency, and AV is about experience.”

Labuskes clarified that he is not saying that AVIXA members don't use IT. “You can't deliver AV without using IT in today's environment for all but the smallest exceptions. But it doesn't mean that we are IT.” Rather, the priority is now to explore where is real value being created. “How do I differentiate myself?” The uniqueness is in the experience,” he opined.

One example of this is the growing relevance of the “Chief Experience Officer,” a title that was not well-known by InfoComm attendees four years ago.

Commitment to growing the global AV market also means empowering members. Therefore AVIXA wants this campaign to be inspirational for both enterprise members and individual members. “It's intended to re-ignite the pride that all of us felt when we moved into this industry,” Labuskes said.

Audiovisual technology used to be “valued-based on the quality of the signal, the quality of the output, the pixels on the display,” he noted. Today the value that AVIXA customers are paying for is “to connect people to people and create efficiencies to better and more richly connect with each other.” This value is a reflection of the AV of today and tomorrow, creating deeper engagement and enhancing the storytelling of an organization.

Ultimately, Labuskes believes that AVIXA is poised to support AV professionals on the concierge level, focusing not just on pixels, but providing the expertise and creativity to solve complex problems and achieve the outcomes customers need. That means charting new terrain. “I don't see our role as the industry association to preserve old business models. Our role as an industry association is to inspire new business models, to provide visibility, and to emerging opportunities.”

Margot Douaihy is the editorial director of AV Technology magazine and advisor at Franklin Pierce University.