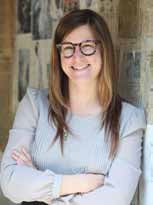 Kirsten Nelson On one of my first ever visits to Fort Worth, TX several years ago, I found myself in Billy Bob’s, which happens to be “The World’s Largest Honky Tonk.” It was daylight outside, and both the stage and the indoor rodeo ring were dark, but there was a small crowd on the dance floor. Finding plenty of reason to shake a twosteppin’ leg to recorded music were men wearing pressed and starched rhinestone cowboy shirts tucked into jeans cleaner than any of those ever witnessed in any big city. Cowboy hats, boots, and belts were all worn without irony. I was absolutely, totally, and completely mesmerized.

But it wasn’t until a summer night three years later that I recognized the position which Fort Worth and Billy Bob’s occupy at the center of the musical universe. Here is a place where sincerity is still acceptable, and sentiment should make you sway. It’s okay to feel a bit wistful as the songs alternate between heartbreak and heartwarming. Because this is what drives music.

At the center of the center of music, there’s a Texan named Willie Nelson— maybe you’ve heard of him. The guy has collaborated with a stunning number of country legends, blue artists, and Snoop Dogg, and since 1973 he’s hosted an annual 4th of July picnic in various Texas music outposts. Now hosted with some regularity at Billy Bob’s, the event has been through every phase of live sound’s evolution. From PAs shorted out by rain in mass confusion to organized promotion by huge corporations, the picnic represents the most stalwart of American music principles. We show up, we listen, and we are moved.

A long time ago, someone reminded me that audio is a physical medium. It moves air, and you can feel it in your chest. And more, air temperature, humidity, and so many other tangible elements can make or break a live show. Audience perception can change like the weather, and it’s up to engineers to create the atmosphere. Talk about frequency response all you want, but the science is really an appeal to emotions.

Exactly one year ago, I became a Texan, putting down roots in Fort Worth. The music of “Cow Town” has been growing on me ever since. But it wasn’t until I was listening to Willie Nelson the other night that I realized that somehow place, time, and soundtrack all made sense together.

This summer, make sure you listen to the music that is playing around you. No matter what you’re doing in life or work, you have to find sound that has the power to move. Once you’ve had that realization, you have the ability to sway clients with that experience.