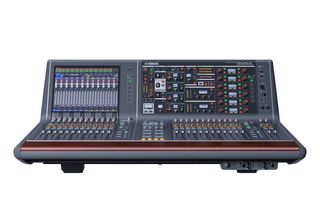 “We are priviledged to offer the H3000 Live to our PM10 customers that will provide them wiith even more control and sonic flexibility,” said Marc Lopez, director of marketing, Commercial Audio products, Yamaha Professional Audio. “And, by adding the automatic mixer plug-in from Dan Dugan Sound Design that provides automatic gain adjustment of up to 64 speech microphones in real time, was a natural progression of our long-standing relationship with Dan Dugan.”

The Dugan plug-in also suppresses feedback and comb filter effects, freeing the engineer from the need to keep track of numerous faders in challenging unscripted speech situations, numerous Speech System channels, and five groups so processing can be divided into as many as five independent automixers.

A new analog delay and other Yamaha plug-ins have been added in PM10 V1.5 expanding the variety of sound-shaping tools for mix engineers.