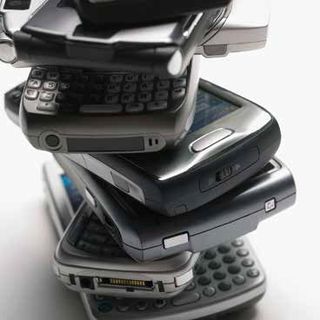 When you’re driving on the highway, it sometimes can be easy to take key pieces of infrastructure for granted.

Our cars roll over a bridge during rush hour, and we don’t think twice about it. As long as the road is open, we just keep on driving without a care in the world. But shut that bridge down, and people get up in arms. Traffic snarls and people recognize just how important that bridge is to the entire highway ecosystem.

Don’t believe me? Just ask New Jersey Governor Chris Christie what can happen when a bridge gets shut down for a couple of days. Not a pretty sight.

In the world of online video, think of “transcoding” as the long-overlooked bridge linking content development and content distribution.

As the name implies, transcoding is the basic process of taking a single piece of video and converting it (or “translating its digital code”) for use in different online video format flavors. A transcoding system could take video coming out of a camera in the MPEG- 2 format, for instance, and convert it into more lightweight video formats, such as Windows Media or QuickTime, that are better suited for online distribution.

Like the bridges on our national highway system, though, transcoding is one of the pieces of the video production ecosystem that people don’t think about until they really need it.

Consider results from a question about transcoding that Wainhouse Research asked of more than 1,000 executives in the fourth quarter of 2013. In the survey, executives were asked to assess the impact that the “ability to transcode video for distribution to multiple device types” has on their streaming technology purchase decision.

Executives start singing another tune, though, when they begin to recognize the role that transcoding plays in enabling flexible distribution of content to mobile devices. At companies that already distribute online business video to smartphones, for instance, 18 percent describe transcoding as a mandatory piece of any streaming technology platform they buy. And 57 percent of this mobile-enabled crowd describe transcoding as very important.

Compare that to the responses from executives working at companies with no plans for distributing online business video content to mobile devices. Only five percent of this laggard group consider transcoding essential to the streaming purchase decision with only 14 percent citing it as a “very important” purchase decision factor.

This disparity in outlook makes sense. Due to the limited capacity of wireless networks as well as the varied types of video formats that can be used across an array of tablets and smartphones, viable mobile distribution is predicated on the deployment of agile transcoding solutions. In short, good transcoding is needed for viable mobile implementation.

As a result, the survey results suggest that transcoding solutions may be ready to assume a starring role in the corporate online video ecosystem. For years, the temptation has been to consider encoding and transcoding to be commodity pieces of the video distribution puzzle.

In this worldview, executives and video producers alike have tended to focus more on how streaming platforms enable content creation capabilities and their capabilities for managing content once it has been captured. Transcoding was little more than basic plumbing in the background that made it all happen.

The days of taking transcoding for granted appear to be long gone. Even though fewer than one-fifth of all companies surveyed by Wainhouse Research report that they distribute video to mobile devices, 25 percent are planning to initiate distribution of online video content to tablet devices in 2014 alone. If history is any guide, more mobile video deployments will directly translate into increased executive interest in effective transcoding solutions.

Even in the face of these survey statistics, corporate video production executives may be tempted to squeeze one or two more years out of the old transcoding solutions they already have in place. If you happen to be one of those folks thinking that you might be able to skimp on investing in transcoding solutions, I have a bridge in Brooklyn that I’d like to sell to you.

Steve Vonder Haar is a senior analyst with Wainhouse Research and can be reached at svonder@wainhouse.com.