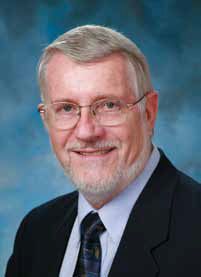 Terrance,
Both will cause problems but for very different reasons. The group arguing that VoIP will cause problems is assuming some things. First, to interfere with the video, the voice traffic must be on the same VLAN as the video traffic. Often it is not. Second, if the VoIP and video traffic are on the same physical LAN and have the same priority settings, the VoIP must be using enough of the bandwidth that it constrains the bandwidth available to the video conferencing devices. With good design, this should never happen. So, to summarize this side of the argument, VoIP can interfere with videoconferencing, but only if the network design is inadequate.

On the other hand, TCP traffic such as database applications and web traffic can have unpredictable effects on video conferencing traffic. The burstiness of TCP applications is virtually uncontrollable. It’s the way that TCP protocol works. So, when TCP traffic and video share a physical network, TCP has a tendency to grab all of the bandwidth it can. In addition, the TCP algorithm groups the

packets in blocks of packets that can vary in size which is dependent on network conditions and application design. The resulting bursty nature of the traffic increases variation in delivery relative to time, or jitter. If the jitter becomes excessive, the jitter buffers can’t compensate and packets are dropped. This means that it is important to separate video conferencing traffic from data applications using VLANs or completely separate networks.

In addition to all of these facts, my experience has taught me that the group arguing that TCP traffic is more of a problem is indeed correct.