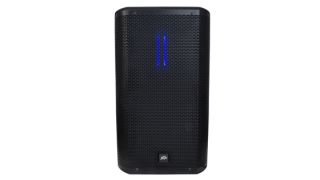 The What: Peavey Commercial Audio (Booth 5961)is now shipping its RBN series of speaker enclosures ahead of InfoComm 2017 in Orlando, FL.

The RBN 110/RBN 112 speaker enclosures have been used in studio environments for decades, and now Peavey has developed a method for applying this audio technology to live applications.

To match the performance of Peavey’s ribbon driver, the RBN 110/RBN 112 enclosures are equipped with dual-voice coil neodymium Scorpion speakers which feature Peavey’s replaceable baskets, designed to be accessed and maintained in the field.

Maintaining full output down to 36Hz with 2,000 Watts total peak power and constructed of heavily braced 18mm birch plywood, the RBN subs are designed for years of rock-solid, low-end reliability.

Peavey RBN 118RBN enclosures feature an internal temperature monitor combined with a variable speed cooling fan, plus level and clip indication to ensure optimal performance. The speaker system features internal presets built into the DSP, allowing users to quickly select the speaker’s application or orientation via the LCD on the rear of the enclosure.

The Bottom Line: Combined with Auto-off power down and integrated fly points, the RBN series is well-suited for installations where reliability, and efficiency are of the utmost importance. Visitors to InfoComm 2017 can see the RBN Series on the Peavey Commercial Audio stand.