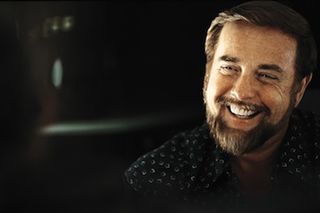 The marker recognizes Hartley Peavey's contribution to Mississippi's blues heritage, and is the only marker representing a manufacturer.

The Mississippi Blues Trail, created by the Mississippi Blues Commission, is a project to place interpretive markers at the most notable historical sites related to the growth of the blues throughout the state of Mississippi. The trail extends from the border of Louisiana in southern Mississippi and winds its way to Memphis, Tennessee. Mississippi has spawned more legendary blues artists than all other Southern States combined. This is especially true for the Mississippi Delta, which was home to such artists as Son House, Robert Johnson, Charlie Patton, Muddy Waters, Skip James, Bukka White, John Lee Hooker, and B. B. King.

As the founder and CEO of Peavey Electronics Corporation, Hartley Peavey heads one of the world's largest and most diversified manufacturers of musical-instrument and professional-audio products, boasting more than 180 patents, a product line exceeding 2,000 products, and distribution in 136 countries. Peavey Electronics has been manufacturing continuously under the same ownership and management longer than any other major American music and pro audio manufacturer, according to the company.