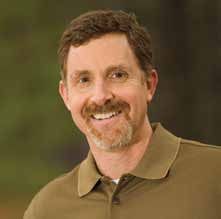 SCN: When did you first realize that you had an interest in technology?

Mike Levi: I was always intrigued by televisions, and following that theme, I was among the very first adopters of videogames back in the early ’70s. At the age of 12, I was the proud owner of the first consumer video game console—the Magnavox Odyssey. I was hooked—not on video games, but on the technologies that conveyed the entertainment.

After commencing production in 1997, DPI was awarded two Emmy awards (Levi is pictured at the ceremony, far left) for Outstanding Achievement in Engineering Development by the Academy of Television Arts and Sciences in 1998.

SCN: What launched your career in video and what was the greatest challenge faced by the industry at that time?

ML: I worked my way through college as a salesperson in the local VideoConcepts store. This was in the early ’80s, when VCRs sold for over $1,000. Projection televisions were CRT driven, physically huge, not very bright, and typically cost $4,000 or more. That was a fair amount of money back then. Still, those early projection TVs delivered big pictures, and I found it easy to help people get excited about big pictures for their homes.

After college, I moved to Denver, CO to become the corporate video producer for VideoConcepts. It was a fun and challenging role, but for me, not as fun or rewarding as selling video technology. After three years in the corporate video world, I switched back to the sales side of the business, going to work for InFlight Services, selling commercialgrade video projectors.

The biggest challenge back in those days was keeping up with the rapidly emerging computer display standards. Every customer seemed to have something slightly different, and getting the projector to interface with their computer was always a bit of an unknown. Oftentimes, the sale went to the salesperson who could figure out how to make it work first.

SCN: After a stint at InFlight, which was Barco’s U.S. distributor, and a 10-year career at Barco, you were recruited by Digital Projection International in 1996. At the time, DPI was partnering with Texas Instruments to bring the first three-chip DLP projector to market. What were the expectations for TI’s Digital Micromirror Device (DMD) at that time?

Celebrating DPI’s 10th Anniversary (left to right): Nick Cottiss, director, sales and marketing; Tim Cronin, director, finance; Mike Levi, president; Dermot Quinn, director, product development; and Brian
Critchley, CEO and directorML: I worked for InFlight as a regional manager, covering the Rocky Mountain territory and Mexico. When Barco opened its U.S. headquarters, I joined as their DC-based Mid-Atlantic sales manager. I enjoyed that role for five years, at which point I moved to Georgia and became their national sales manager. After five years as Barco’s NS M, I joined Digital Projection, a relative newcomer to the projection industry. A wild card at the time, but DP was indeed Texas Instruments’ very first DLP partner.

With respect to our expectations for the DMD, for certain, we recognized the technology as revolutionary and game changing in many ways. Color performance, luminance uniformity, digital stability, plus, of course, tremendous headroom to create massive lumen power. We knew DLP technology would change the large-screen display industry, even the film industry—enabling solutions to what were previously considered impossible projection challenges. Everyone at DP was extremely proud to be introducing the very best large screen imaging technology to the market. We continue to take similar pride in our extensive, all DLP product line today.

SCN: What has surprised you most about the evolution of DLP technology?

ML: Probably most surprising and impressive is how rapidly TI has evolved the core technology to support ever more demanding display standards. Higher resolution, higher bit depth, higher frame rates, faster mirror switching times… the march of technology never ends. TI has done an amazing job of keeping pace, and in many cases, even predicting and setting the pace.