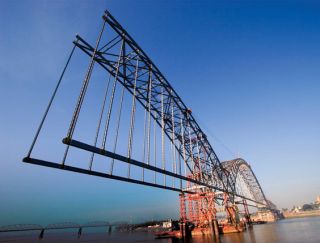 What Will Make Network Convergence A Reality In AV?

There has been so much talk of convergence between AV and IT for so long now that it almost feels like yesterday’s news. Yet the truth is, we are only just beginning to feel the ramifications of ‘our’ content (audio and video) being treated as data and delivered across data networks.

One reason this process has taken so long is that systems integration work can be, by its very nature, long and involved. A typical commercial AV project at a new-build site might take years to come to fruition—all the more so in today’s ‘long pipeline’ commercial environment. But another, perhaps more interesting, reason for the time lag is that while AV content is clearly migrating to the network, it isn’t necessarily migrating to the same network as all the other data an enterprise has to move around their facility.

“Anytime you talk about a traditional AV application and you talk to IT guys, the ‘Stop’ signs go up,” commented Dale Bottcher, sales manager at the Chicago office of integration firm AVI-SPL. “So you have to offer a lot of clarity about how you’re going to set it up and carry out the work, and often that means having a dedicated network for AV distribution.”

Mike Pedersen, senior staff engineer at Mechdyne, concurred: “We still find that, typically, we will create a dedicated network, especially if we’re transferring a lot of data within a facility. Whether you’re talking about CobraNet audio or video, there’s a real chance that you could overwhelm a traditional data network. By the time you turn up the quality of service to minimize latency and frame drop, there’s not a lot of room left to transfer any other data.”

Ever since CobraNet first began to gain mass acceptance at the start of this decade, integrators have been looking forward to a time when they could rely on an existing ethernet backbone to distribute multi-channel audio around a facility, and simply add off-the-shelf network hubs and switches in the appropriate racks to get audio to go where it was needed.

Since then, the number of (mutually incompatible) audio-over-ethernet protocols has increased, with EtherSound, AES50, and Aviom’s ANet taking the Level 1 route (using an ethernet infrastructure but not standard Ethernet data packets), while QSC’s RAVE and Audinate’s Dante have followed the CobraNet example of being Level 2 or 3 protocols, using standard ethernet packets. Yet despite this proliferation of options, many integrators find it impractical to use an existing data network for audio unless the site has relatively little data traffic of its own, in a house of worship, for example, or a concert hall.

Another factor is that while it has never been easier to persuade digital audio to run on a network, many end customers now require video as well, not just in parallel, but in sync with the audio. As with sound, manufacturers have been striving to create ways of treating and delivering video as it were just another form of network data, but the consensus seems to be that we are not there just yet.

“We’re excited by Jupiter’s Pixel- Net product,” Pedersen said. “But even they have what is almost a proprietary network switch that they recommend you use; it’s not an offthe- shelf network switch.”

Integrators tend to agree that, when it comes to applications, videoconferencing and telepresence will be the drivers that bring audio and video across networks (most probably IP networks) in ways that are deliverable and reliable. Compared with performance applications such as churches or other live sound venues, the audio aspect is relatively easy—not too many channels to deal with and, in terms of content, normally just the spoken word, rather than full-bandwidth music. The video, on the other hand, is most likely going to be HD, with all the high fuel-consumption figures that implies.

“The protocols are there, it’s more a question of adoption,” Pedersen reflected. “HaiVision has been out there for a while with dedicated H.264 codecs, and I think you’ll see others follow. But the internet at large still isn’t designed to handle it, and that’s why we’re seeing companies buying 10Mbit connections with dedicated quality of service between Point A and Point B for thousands of dollars per month.”

If telepresence is the ultimate in bandwidth-hungry network applications, digital signage might just be ‘killer app’ that brings true synergy between AV content delivery and network backbones. Andy Whitehead, president and CEO of SVSi, believes his company’s VoLANte technology, which sends video over ethernet LANs, can win over the skeptics within an enterprise’s IT function.

“IP administrators will always have a concern,” Whitehead acknowledged. “But, for the most part, it’s fear of the unknown. They think video is huge bandwidth, and it is. But it can be managed. If the bandwidth is already consumed with data or voice, then we will drop packets, but the customer has the ability to dial back the variable rate to a level where it does work with their existing network.”

In fact, according to Whitehead, VoLANte has been accepted in corporate, worship, retail and other applications, as well as signage. “All these markets,” he added, “have the same need to send vdeo over IP.”

This, of course, is why the IEEE’s recent unveiling of its AVB (Audio Video Bridging) protocol has made so many waves within the systems community. To R&D insiders, AVB seems the logical conclusion of the audio networking debate—a standard that recognizes the reality that audio and video are often inseparable in many of today’s projects. To the integrator, it might just be the development that brings off-theshelf network products fully into the armory, and helps to turn those IT department ‘Stop’ signs to ‘Go’, once and for all.