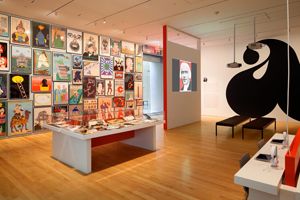 A pair of Alcorn McBride DVM-8400HD Digital Video Machines have a key supporting role in “Double Portrait: Paula Scher and Seymour Chwast, Graphic Designers,” at the Philadelphia Museum of Art.