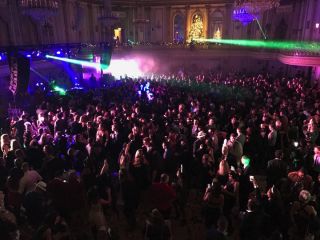 Big Night Chicago 2017 NEXO GEO S12
The NEXO system consisted of eight GEO S1210s, two S1230s, six RS18 Ray Subs, eight PS10s used for fills, and four NX4x4 amplifiers.“We have been turning to NEXO for high quality audio over many years, and this event is no different, states Matthew Wilson, Account Manager, Sound Works Productions. Due to rigging limitations in the room, we had to use a box that was light, yet still produced a high SPL and great horizontal coverage, and this is where the GEO S12 has always shined for us!”