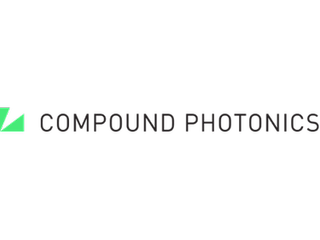 A potentially record breaking native 4K imaging device, measuring only 14mm diagonally and featuring pixels smaller than three microns, was introduced last week at the Display Summit China 2016 by Compound Photonics. The imaging device may be the smallest of its kind in the world.

“Compound Photonics is the biggest and most capable photonics and projector manufacturer that you have most likely never heard of,” said Tim Anderson, vice president of product management in his Display Summit presentation. “We are the company that has succeeded in introducing the world to RGB solid state laser based technology, making it finally possible to manufacture a 3,000 lumen lamp-less native 4K projector that rivals the performance delivered by today’s solid state displays.”

The use of RGB laser technology eliminates lamps, creates a huge new color gamut to work with, and enables balancing the color output of each color channel to achieve a perfect white point. What’s more, Anderson asserted, Compound Photonics has invested significant engineering resources to reduce the cost of RGB lasers and speckle.

“Projector customers around the world want to be able to project a huge image in full daylight and still have an outstanding image,” said Anderson. “Our engineers have developed specific algorithms that use an expanded color gamut made possible by RGB laser technology. These algorithms combat ambient light and dramatically improve color contrast.”

Anderson said that Compound Photonics offered a range of capabilities that includes full HD laser light engines for mobile devices, an embedded 1080p projector that is less than two cubic centimeters in size, IR/green lasers, heads-up car displays, near-eye augmented reality, and gesture recognition. “We are a team of over 300 scientists, technologists, software engineers, and marketers that are committed to changing the way consumers interact with technology,” added Anderson.