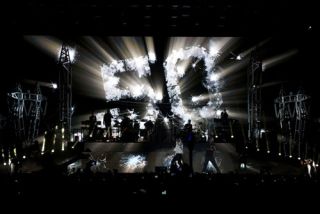 The annual Coachella Valley Music & Arts Festival, with its 24/7 schedule and desert location, poses a challenge for performers and their lighting and media crews. The lighting designer, lighting programmer/director and media programmer for Dr. Dre and Snoop Dogg opted to use Prelite Studios’ previsualization services prior to the show.