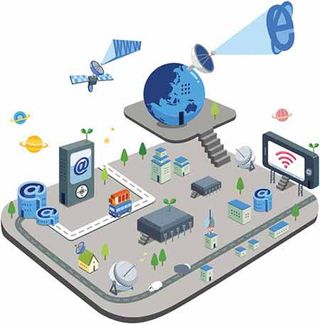 A must-read for tech managers & administrators in wireless environments.

It’s not exactly news that Wi-Fi has become the access medium of choice for a growing number of device types and network users. But what may be surprising to the uninitiated is the range of issues facing those of us who design and keep up business WLAN networks in an increasingly wireless world. Some problems can be mitigated and some can’t, but each of the these affects pretty much all wireless environments to a certain degree.

From wireless printers to Google Glass to mirroring technologies like Chromecast and the AppleTV, there is an entire tier of wireless devices that are ill-suited for “real” networks. Unfortunately, these are often the modern, sexy, late-generation gadgets that we fall in love with at home and want to bring to work. But when we get them there, we find the devices don’t support enterprise security. Or that they require multicast to be enabled (not trivial on big wireless networks). Or will only work if the network is very small and all devices are in the same IP address range. Or require slow wireless data rates that we all disabled 10 years ago to keep our WLANs speedy. Sometimes we can say no to reworking the network in really choppy ways to support the devices. Other times we’re stuck violating company policy and best practices when the right exec won’t take no for an answer. This is thorny territory.

“Healthy” Devices Can Be Problematic, Too

Even when the oddball client devices mentioned earlier aren’t in the mix, normal “should-work-fine” devices can get weird. The sad truth for WLAN admins is that all problems feel like wireless network issues when you’re using wireless devices. Users often can’t fathom that their shiny, expensive, uber-hyped devices could be at fault when Wi-Fi stops working as it should. One recent example makes the point well: Apple’s recent Yosemite OS update created widespread wireless issues for previously healthy Macbook laptops. (Apple has a horrible track record for wireless device issues.) On the Windows side, it’s very common for wireless adapter drivers to get stale, as they are not part of the automatic OS updates. Suddenly connectivity starts dropping or devices can’t find Wi-Fi after waking up from sleep, but the WLAN usually has nothing to do with it. This is where user and helpdesk education makes all the difference.

Nothing is more frustrating than seeing a vendor or visitor show up, pull out their personal Mi-Fi device, and lay waste to the business WLAN in the vicinity. There are a very finite number of channels in the two slices of spectrum that Wi-Fi uses. In 2.4 GHz (11b, 11g, 11n) things can be really contentious with microwave ovens, wireless CCTV cameras, cordless telephones, classroom response systems, and yes—personal Mi-Fi hotspots. For 802.11a,n, and ac that all operate in 5 GHz, things are a little rosier because more channels are available. But either band is subject to a slew of interference types given that they operate in unlicensed frequency. Even the best Wi-Fi networks can’t defend themselves at the physics level, and interference degrades performance, whether it’s perceptible your users or not.

Design Is Everything, and Harder Than You Might Think

Unfortunately, the collective mindset around WLAN design can be as fragmented as the client device space. On one end of the paradigm, there are thousands of formally trained wireless designers out there that have learned that every building and space to be covered by Wi-Fi is different, and that effective design is a skill. At the other end are loose mantras like “1 AP per Classroom” that sell a lot of hardware but fly in the face of real design. Educating the money folks on the benefits of a real survey can be tough, but the best networks weigh a number of factors and don’t just happen. Rework tends to be far costlier than doing it right the first time.

So Much Hype: BEWARE

Wi-Fi is tremendously empowering, and as we march into the Internet of Things era, the effect will only get more pronounced. Yet marketing around every part of the wireless world can be ridiculously exaggerated to the point where reality is lost in the mix. From who has the fastest access points to what devices really are “perfect for the board room!” to whether or not your WLAN is ready for BYOD, SDN, IoT or any other number of buzzwords, the hype onslaught can be mind-numbing. The best advice here, regardless of what your role is regarding wireless, is to define your specific concerns and interests, talk to other organizations that have already been there, and make vendors and integrators prove their claims by allowing for on-site evaluations and such. Try to take most marketing with a grain of salt.

As you can see, keeping Wi-Fi and the wireless mindset on the right track is an exercise in dealing with technical and non-technical issues alike. It’s a big story that varies somewhat for each of us, but at the same time needs to be approached thoughtfully and with eyes wide open.

Lee Badman is a WLAN architect. Reach him on Twitter @wirednot