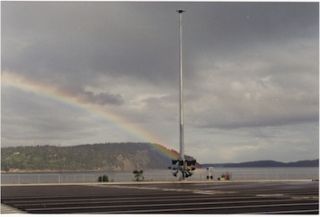 The Community Loudspeakers installation at the Duke Point Ferry Terminal at Nanaimo on Vancouver Island has been facing the full force of coastal weather 365 days a year for 15 years.