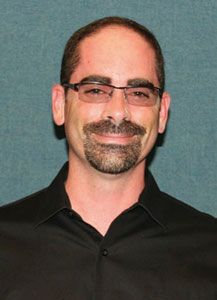 HOW TO AVOID COMMON MISTAKES AND REMAIN OUTSTANDING IN THE FIELD

The outdoor environment presents unique challenges to sound system designers and installers. There are great distances to cover. Wind and other weather conditions complicate controlling loudspeaker projection paths. Weather and wildlife make loudspeaker survivability a major factor in installations. There are several common mistakes made in designing systems for outdoor sound, but a little foresight can go a long way.

Though a massive tornado tore through Chapman, KS, knocking down utility poles on the football field of Chapman High School, the Community R-Series loudspeakers remained functional.

Underestimating the effects of weather on acoustic output and durability: In the outdoors, one must first accept that Mother Nature always wins and she is not friendly to high-fidelity sound and loudspeaker components. System designers might be tempted to fight the elements with sheer acoustic brute force, but this may not always be the wisest approach. Begin with an assessment of all the weather dynamics that directly impact a given venue relative to the period of time that the system will be in use. Observe the environmental conditions at the appropriate time of year and time of day. The key environmental conditions to observe include: range of temperature, typical humidity, prevailing wind, elevation relative to neighboring properties, audience noise levels, and background noise levels.

Underestimating SPL losses and Excess Air Attenuation: Sound attenuation over distance complicates things outdoors on two levels. First, the sheer distances involved in projecting across a large audience area require very high directivity to focus sound energy at the most distant listeners. Second, once sound has propagated over that audience, note that it will continue to propagate in accordance with the inverse square law. So, if a given array of loudspeakers has generated enough SPL for the farthest listener, the sound will continue past them and only degrade by 6dB after the distance has doubled past the audience.

Is there anything to help us? Yes and no. Obviously, one might consider other loudspeaker positions and layouts. Maybe the system should be distributed to several locations where the speakers don’t have to operate so loud at the source. Consider delay stacks for a concert system or several lighting pole mounting locations for a sports field.

Excess air attenuation may be our saving grace, but only to a point. However, it may also be the limiting factor that complicates a system’s design. The air itself absorbs sound over distance in excess of the losses caused by inverse square law. The effect is more dramatic at high frequency than at low frequency.

Excess air attenuation helps, as it will yield an increasingly muffled sound as the sound passes beyond the primary audience. Yet, bass frequencies do not degrade much at all in excess of the inverse square law. Meanwhile, the system must also project sufficient high-frequency content over the expansive audience area. For a musical performance, this presents a real challenge as tones above 10kHz are diminished about 45dB or much more at 150 yards. Can this be overcome by sheer brute force? Practically speaking, it’s very difficult. The problem needs to be addressed with any of the following: a flame-throwing array of HF drivers, a distributed system that keeps the projection distances shorter, or just by tempering one’s expectations of the system’s frequency response at a long distance.

Loudspeaker aiming without regard for thermo clines: Temperature gradients (thermo clines) generate observable changes in frequency response as sound will “refract” or “bend” as it passes through variations in thermal layers in the air. Essentially, the speed of sound varies as the air medium varies in temperature, which yields the refraction. Note that sound will always “bend” toward the cooler air mass. Most of the time, the cooler air is upward. Near the surface, typically, the sod (or pavement) warms under solar radiation. Heat then conducts upward from the surface toward the cooler air above. Sound projected from a loudspeaker above the ground will then refract away from the line-of-sight aim point and actually be louder up in the air—often missing the intended target. This occurs more at higher frequencies. The solution? Aim a little steeper at an aim point slightly in front of the intended target and let the refraction “bend” the sound toward the audience.

Be sure to do this under conditions that closely simulate the time and day that the system will be in use, as the refraction effect will vary throughout the day.