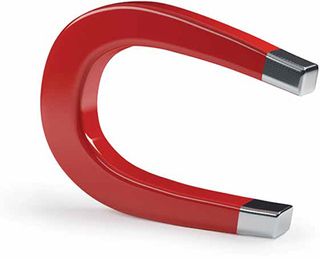 You’re not Facebook. You’re not Twitter. You’re certainly not Google. You’re competing, increasingly, with sexy high-tech firms for young blood. How do you reach a generation that has grown up in an era when tech geeks are as revered as rock stars, and that—at least when you’re in the throes of struggling to attract young talent—seemingly demands that all employers and industries be as sexy as Silicon Valley’s sexiest?

Seth Mattison is telling you to get over it. But in a nice way.

More specifically, Mattison is telling you not to get hung up on it. (He also noted that many firms in Silicon Valley struggle with the same thing.) Attracting the younger generation isn’t about how sexy your industry is. In a way, it’s not even about what your industry can do for them, but what they can do for your industry.

Mattison, a millennial himself, is the Los Angeles-based millennial keynoter at Bridgeworks, a consulting and training firm focused on assisting companies in, as the organization’s name suggests, bridging generational gaps. He noted that one of the primary drivers behind members of Gen Y and beyond is that they want the opportunity to make a difference… right now. This doesn’t necessarily mean, however, that they are only interested in saving lives, starting revolutions, overthrowing governments, or even selling apps to Yahoo! for tens of millions at age 17. But they do want to have a voice, and have it heard, pretty much from day one.

This can be a tough pill to swallow for Boomers and Gen X-ers accustomed to the concept of paying one’s dues. Having a voice, however, can mean many different things, and how you position your jobs has a lot to do with it. Take the role of an entry-level technician: in your culture, are technicians “just technicians,” or are they something more? “Talk about the fact that many times, these entrylevel technician-type jobs are the face of your company,” Mattison said. It’s these individuals, he pointed out, that are continually interfacing with the client at their site. “Do they understand how much power they have to influence and be a brand ambassador for your company? ‘You’re not just a technician— you’re the face of the company, man!’ That’s how we have to talk to them.”

Arguably the biggest challenge for AV firms is the absence of a formal program in the country’s colleges and universities; students can enroll in broadcast and communications, instructional media, or even electrical engineering, and then stumble upon AV systems integration from there, but that’s about it. Mark Valenti, president, CEO, and principal consultant at The Sextant Group, a technology consulting firm headquartered in Pittsburgh, PA, noted that this will hopefully start to change with the recent publication of The CTS Exam Guide, approved by InfoComm and published by McGraw-Hill. “It is essentially a compilation of the industry’s body of knowledge, and has really formalized a lot of information that can be used as the basis of a course, which was the intent,” explained Valenti, a past president of InfoComm. “With a lot of institutions, if they’ve got a textbook they can teach to, then there’s a class that they can offer.”

Because many of those coming out of college have little to no work experience, organizations need to make their jobs come to life, and this involves more than traditional job description-speak and standard marketing copy on a website. Mattison noted that one effective way to achieve this is to interview an employee that’s already working in the advertised position, and have them describe what an average day, or week, on the job is like. He also urges organizations to incorporate three-minute video clips into the career section of their websites featuring employee interviews to communicate the company’s culture.

Beyond community colleges, universities, job fairs, and online efforts, Mattison pointed out that the most valuable recruiting asset you have is the younger people that are already on staff. “This is a generation that is incredibly tribal—we listen to each other, we check in with each other,” he said. “If you’ve got young people who love what they do, they need to be at colleges and universities, they need to be blogging about their experience in this industry.” Not only will they reach the 1,000 Facebook friends in their own address books; they will, eventually, reach their friends’ Facebook friends, creating a ripple effect.

Dani Ticktin Koplik, founder and principal of DTK Resources, a talent development consultancy based in Englewood, NJ, urges AV companies to consider recruiting veterans—a category of talent which, in many cases, possess considerable skills in the area of technology. She also believes that there is value in approaching local high schools as a way of teaching young students about the industry through internships and co-op programs. “The risk is so low, and you’re getting kids who are looking for a career,” she said. “The great thing about internships, which is sort of a truism at this point, is they end up being a great vetting process.” And, she added, a process that requires much less of an investment of time and resources than hiring someone outright. “You’ve invested something, but not a tremendous amount, and you don’t have to pay the replacement recruiting costs if it doesn’t work out.”

For Mattison, if companies are committed to attracting young talent, how they speak to this group has to change. “You have to say: Come here now and help us; you have the ability to change this industry, and to be on the cutting edge of what’s coming next in this industry,” he challenged. He added that the basis of the AV integration industry is empowering its clients to communicate more effectively, which does make a difference and is extremely meaningful. “If you’re not talking to young people about that, it’s going to be easy for them to pass over your industry.”

One of the issues with attracting young talent—or any talent, for that matter—is that even in relatively urban environments, there just aren’t that many candidates, noted Mark Valenti, president, and CEO, and principal consultant of The Sextant Group.

Headquartered in Pittsburgh, PA, Valenti’s organization boasts seven other locations across the country. One of the reasons for this, he says, is it enables his company to access a larger pool of talent. “Over the last 10 or 12 years, I have hired good people and have been able to leave them where they live and build, if you will, a virtual organization,” he said. “If I had been constrained by my local market here in Pittsburgh, we would still be the 32 people that we are here. Half of my company is not at headquarters; half of my company is around the United States.”