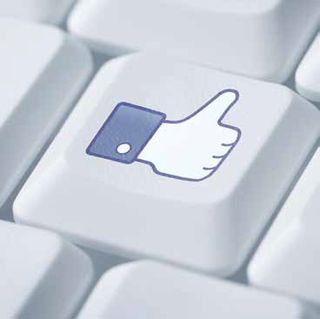 Are you ready to become the Howard Stern of your organization?

The raunchy radio shock jock once famously proclaimed himself “The King of All Media.” While no sane man would recommend mimicking Stern’s brand of off-color storytelling in the workplace, corporate videographers would be well-advised to recognize the value that comes from delivering value in multiple forms of media beyond video.

In today’s business environment, video does not live in a vacuum. It is merely one type of data that executives can leverage to communicate their message. And video is more meaningful when it is combined with other media elements to deliver that message in a more engaging way.

The emergence of corporate multimedia already has manifested itself in the form of webcasts that combine video with PowerPoint slides in a way that allows presenters to pair their words with on-screen supporting graphics. Sprinkle in the ability for viewers to submit questions or respond to onscreen polls, and you have a venue that truly showcases the “multi” in multimedia.

But if you tell me that you already are a master of corporate webcasting, I will tell you that your Howard Stern-ish transformation is not yet complete. No domination of the media world today is complete without a thorough command of social media as well. The importance of this cannot be overstated.

Like any worker, your long-term success hinges on your ability to convince others — both inside and outside of your organization — that your skill is important and creates value. For video professionals, that naturally means you have to get your colleagues excited about using video more frequently in a wide array of applications.

Social media is a stealth tool that you can use to identify executives who may have a greater affinity for video than others in your organization. Simply put, executives who use social media applications for business communications are more likely to view business online video extensively.

In a survey of 1,007 corporate executives conducted by Wainhouse Research in the fourth quarter of 2013, 18 percent of all respondents reported that they viewed online video for business uses at least once a day. That percentage of daily video use increases dramatically among subsets of the survey group that actively use social media applications.

Among survey respondents who say that they create Facebook pages for use in their business life, 36 percent report that they view business online video on a daily basis. Likewise, even those who take the basic step of subscribing to a Twitter feed show a propensity for online video adoption. Among this group of Twitter subscribers, 34 percent report daily viewing of online business video.

Social media can be your shortcut in identifying the individuals in your workplace who are most inclined to experiment with new forms of video content and video production. After all, active viewership of online video historically has correlated with increased executive involvement in creating videos of their own. The idea here is that — once executives see the technology in action — they begin identifying new ways to put it to work in their own daily activities.

More video equals more work for video professionals. So, if you have not begun teaching yourself the basics of social media yet, the advice from this corner is to begin familiarizing yourself with these applications that can expand your horizons beyond the world of video.

For videographers, enhanced knowledge of social media can have multiple benefits. Not only does it help you uncover internal video champions, but also many see it as a way to draw larger audiences when you take your organization’s video to the outside world.

Seven out of 10 executives surveyed by Wainhouse Research in the fourth quarter 2013 say they believe that social media is a tool that can successfully be used to boost the audience for live online video business events. Bigger audiences delivered by social media will encourage executives to use video even more as they experience success in using the venue to disseminate their message.

The bottom line we pull from the research data is clear — even if it may seem counter-intuitive: Specializing in video will not maximize your success as a video professional. Rather, familiarizing yourself with the worlds of Facebook, Instagram, Twitter, LinkedIn and the myriad of other social media applications will open new doors to identifying pockets of video interest within your organization.

Do this and you just might become “the King of All Media” in the eyes all of your colleagues. That’s quite a title to earn, but — unlike Howard Stern — you can do it all without uttering a single four-letter word.

Steve Vonder Haar is a senior analyst with Wainhouse Research and can be reached at svonder@wainhouse.com.