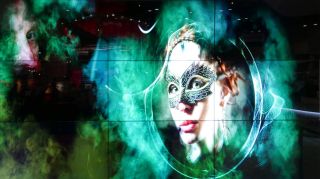 Moving our attention from what we see outside to what is inside, let’s take a look at four ongoing developments that in some senses we will never see at least as standalone technologies.

A key area in LCD technology is illumination and the backlight. We began with CCFL or cold cathode fluorescents and then moved to LED as a light source. There are many advantages not the least of which is power savings, more uniform and accurate illumination, display heat dissipation and last but not least the ecological benefits. We are seeing continuing developments in direct view and edge lit LED backlights but another technology is also being developed called Quantum Dot (QD) first introduced by Sony.

One current use of QDs is to improve the backlighting. Instead of using white LEDs for backlighting, light from a blue LED is converted by QDs to relatively pure red and green, so that this combination of blue, green and red light incurs less absorption of unwanted colors by the color filters behind the LCD screen, thereby increasing useful light throughput and providing a better color gamut. The effect of QDs is quite noticeable in side by side comparisons with older LCD technologies.

From a manufacturing point of view another intriguing development is IGZO technology, introduced by Sharp. The IGZO name is an acronym for indium gallium zinc oxide, the semiconductor material on which the LCD screen is based. Each pixel in an LCD screen is controlled by its own transistor and making those transistors on IGZO brings several advantages over the amorphous silicon that is used in many of today's LCD panels. Electrons move faster in IGZO and that brings benefits in current flow that mean the transistors can be made much smaller. Because the size of the transistor directly affects the size of the pixel, a smaller transistor allows for smaller pixels and so more can be crammed in per inch than a non-IGZO panel used more pervasively today. As a point of reference in actual use today, think of the current crop of Retina displays with more pixels per square inch and the image benefits that are obvious as display get bigger and bigger. An added benefit is that IGZO is applicable to both LCD and OLED displays.

Another development that we do not readily see immediately is the inclusion of Simple Network Management Protocol (SNMP) in displays. It is an Internet-standard protocol for managing devices on IP networks. Historically, we have had devices that typically support SNMP, including routers, switches, servers, workstations, printers, modem racks– and now finally displays, as LG showed at InfoComm 2015. SNMP is widely used in network management systems to monitor network-attached devices for conditions that warrant administrative attention. Having this available on large scale displays is a great addition, but one that may be overlooked. Consider the ability to monitor and manage the health of multiple displays across an office complex using standard tools the IT department already has. Also, think about the implications for digital signage applications.

One last development that we see gaining traction is System on a Chip or SoC for short. Samsung did most of the pioneering work on this and now has been followed by others. The SoC is a mini computer built into the display in the form of a chip. It can act as a media player for digital signage or perform other computer-based tasks but it eliminates the need for external devices in many cases. Some of these, like the units developed by Samsung run proprietary software, but we are seeing more “open” platforms, like the WebOS SoCs offered by LG, and the Android powered devices offered by BenQ.

Technological development in flat panel displays will never cease and it is a lot of fun to try to keep track on the latest and greatest, as we continue to be amazed at the unknown and unexpected– including thin bezel, outdoor applications, and new LCD technology evolution.