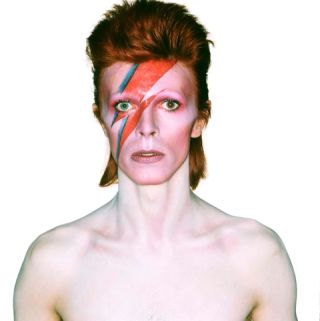 In order to ensure the best audio experience for visitors, the V&A has worked in partnership with audio specialist Sennheiser which—alongside other audio equipment—deployed its guidePORT audio guide system and two immersive 3D sound simulations.

David Bowie has been at the forefront of the world of popular music for nearly 50 years, and his immense creativity positions him as one of the most innovative performers of all time. His work is marked by continual re-invention, intellectual depth, musical innovation and striking visual presentation. Re-tracing Bowie’s creativity and influences from all areas of art, the exhibition shows a wealth of material, including videos, stage costumes, album covers, stage sets, photographs, and Bowie’s music. For this, the exhibition’s curators, V&A’s Victoria Broackes and Geoffrey Marsh, were given unprecedented access to the David Bowie Archive.

The exhibition is designed to be an immersive audio experience. Sound quality is therefore one of the most critical elements, and the organizers have drawn on the expertise and technology of audio specialist Sennheiser to craft the exhibition’s rich soundscape.

Fittingly for a tribute to an artist that has embraced technology throughout his career, the exhibition uses leading edge tools to blend sound and vision. Audio guides, powered by Sennheiser’s guidePORT system, automatically provide the music and soundtrack when visitors approach the exhibits and screens, and seamlessly integrate all sound material into the tour. The exhibition will use 550 bodypacks with Sennheiser stereo headphones, offering a simple solution that lets the visitor explore Bowie’s music, art, and style with all their senses.

While two audio events are directly stored on the visitors’ bodypack receivers, all other music and video sound is transmitted as real-time, lip-sync stereo audio from eleven twin cell transmitters. These rack-mount units are located in two control rooms that also accommodate the control PC for the guidePORT system. The visitors’ receivers automatically download the audio when they pass by the corresponding guidePORT antenna units, and “know” which track to play when they approach so-called identifiers, small trigger units placed near the exhibits – just like an indoor GPS.

“This is a fully automated yet entirely personal tour, as the exhibition can be explored in whatever order and at any pace whatsoever. The audio is always played at the right time for each visitor,” said Norbert Hilbich, Sennheiser application engineering, who assisted in the set-up of the guidePORT system. Tours with a tour-guide are possible too. For this, the museum uses a bodypack transmitter with a headset microphone, enabling the guides to both make tailor-made commentary for their guests and trigger any of the pre-recorded exhibition material as they like.

The audio voyage through the exhibition culminates in two 3D audio experiences. Viewing footage of David Bowie perform live concerts and recordings filmed for TV, visitors are enveloped within a fantastically spatial performance of his music delivered by hidden Neumann and Klein+Hummel loudspeakers. This 3D sound experience is also used during Tony Visconti’s evocative “mash-up” of Bowie songs, created specially for the exhibition by Bowie’s long-term producer.

To enable both stereo and mono material to be played as a 3D reproduction, an upmix algorithm by Sennheiser’s Gregor Zielinsky was used. “We had some really old mono material, not exactly recorded under the best of circumstances”, explained Gregor Zielinsky, International Recording Applications Manager. “With the algorithm and some fine-tuning in the studio we ensured that this rare material can now be enjoyed in an astonishingly new form.”

Geoffrey Marsh, co-curator of the exhibition, said, “’David Bowie is’ will integrate over 300 objects and costumes from the David Bowie Archive with high-quality sound and video to create a seamless evocation of Bowie’s career over five decades. This is the first major UK exhibition where sound is an integral part of the interpretation. Working with Sennheiser on audio delivery has been a fantastic opportunity. They have pushed the boundaries as to how sound can evoke, provoke and inspire visitors and they have created a genuinely multi-media museum experience which has been a challenging objective but one we are delighted to have done with Sennheiser’s support and expertise.“

Paul Whiting, president of Global Sales at Sennheiser, commented: “The Victoria and Albert Museum designed ‘David Bowie is’ to be as much about the sonic as the visual. The Sennheiser audio guide and groundbreaking sound system were installed with this in mind. Our sound engineers have used their considerable expertise and the kind of audio design normally found only at major music events. Sennheiser was innovating when many of these sounds were created, and we have pushed the barriers of sound again to enable you to hear Aladdin Sane, Ziggy Stardust and the Thin White Duke the way Bowie, Visconti or Eno intended.”