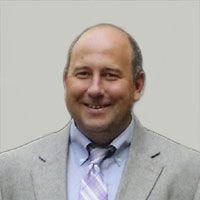 Formerly the regional sales leader for Avaya's International Channel, Nick brings more than 20 years of experience in unified communications, telecommunications and IT to Whitlock. His past includes senior level director positions for Avaya and Nortel, and his expertise spans successful business development and global account management in both the commercial and government sectors.

"We were very selective about choosing the right leader to oversee one of our largest hubs in Durham," said John Steinhauer, Whitlock's vice president of sales. "Nick will manage some of our top relationships in the southeast, and his proven success in delivering a great customer experience to large enterprises made him the top candidate to take on this role."

In addition to overseeing sales and service in the Carolina's, Nick will manage Whitlock's engineering and technical teams involved in regional, national and global delivery of AV/IT services. Whitlock currently has key locations in Durham, Charlotte and Wilmington, with further expansion expected.

"My primary focus will be to expand Whitlock's presence into nearby markets and to grow our enterprise and government relationships in the region," Nick said. "Whitlock also has a number of new service offerings that need to be introduced into our current customer base. I'm excited to join such a great team and be a part of spreading the message about Whitlock's expansive AV and UC capabilities."