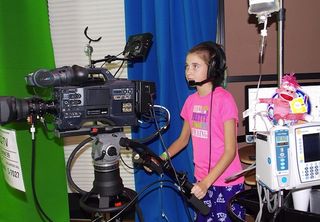 When country music superstar Garth Brooks walked into the new Child Life Zone at Cook Children’s Medical Center (Fort Worth, TX), he exclaimed, “"I had to be 50 and have a record deal before I got something like this,” at the sight of the professional broadcast and recording studio.