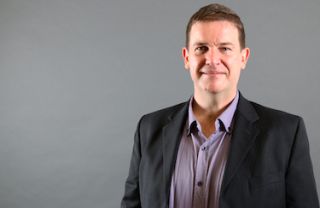 The latest solution to come from Audinate’s networked audio catalog is Dante Via, software that permits any connected audio device or application on a computer to be shared with other devices using a standard ethernet connection. What this means for users is now they can use USB and Thunderbolt interfaces as network audio devices, and audio applications like Nuendo, ProTools, Skype, and iTunes can route audio directly to and from other networked products.

“With Dante Via, useful audio networks can be built using PC/Mac computers, soundcards, and audio applications—no specialized Dante hardware is required,” explained Aidan Williams, founder and CTO at Audinate. “Dante Via makes previously difficult or impossible audio configurations within a single computer easy, like routing audio between software applications or between soundcards. For users of existing Dante audio networks, Dante Via expands the range of equipment that can be deployed, and for the first time allows audio applications to be routed and used as easily as hardware products.”

The idea for Dante Via started after Williams developed Dante. “In my garage, I have a bunch of amps, speakers, computers, USB, and Firewire audio interfaces and audio equipment. The initial idea behind Dante Via came about through wanting to get analog audio from one side of my garage to the other using Dante when I had a computer and a soundcard on each side of the garage. The initial concept was extended to audio applications and Dante Via was born,” he said.

Dante Via provides integrators with a flexible and cost-effective solution to leverage audio, network, and processing resources in your own computer to simplify and reduce costs in AV installations.

Dante Via provides integrators with a flexible and cost-effective solution to leverage audio, network, and processing resources in your own computer to simplify and reduce costs in AV installations. Dante Via runs on Mac and PC computers, and works with nearly any audio interface or application. It detects when sound cards and applications request audio functionality, and displays them automatically in the Dante Via interface for immediate use. Sample rates are coordinated at 48 kHz with no user action required. Installers can now use USB connected microphones and applications in conference rooms as networked devices, sharing audio anywhere on a campus.

Since the launch of Dante Via, the product has been adopted in a variety of solutions, from house of worship, to schools, to corporate conference rooms. Houses of worship are using Dante Via to quickly add networked analog inputs and outputs in an ad hoc way as they deal with volunteers and large congregations in multi-room buildings; schools can use Dante Via to easily share audio content in classrooms for presentations, discussions, or music production.

Dante Via offers solutions across the entire audio industry, from recording and live sound, to fixed installations and ad-hoc setups in the field.

“The technology underlying Dante Via is tremendously powerful and exciting, and we foresee many ways to utilize it in a wide range of applications,” Williams concluded. “The release of a 1.0 product is always an opportunity to learn from customers, and we are listening for key needs that will be making their way into future releases.”