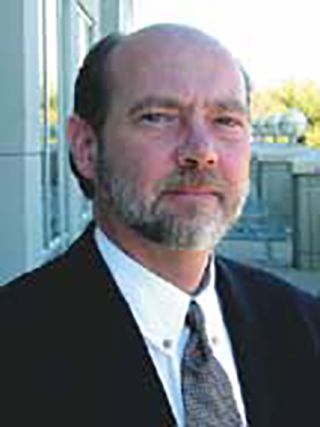 IPv6 has become a hot topic again with a variety of articles, blogs, and media coverage both inside and outside the AV industry. I say “again” because the Internet Engineering Task Force initiated the design and development of IPv6 in 1994 and published the basic protocol 18 years ago.

Since that time, deployments and upgrades have been going on in the background globally. For example, U.S. federal agencies have been preparing since 2005 with multiple IPv6 mandates, including the upgrade of their network backbone by 2008, the upgrade of their public-facing websites by 2012, and the next approaching deadline to upgrade all internal client applications by September 30, 2014. Many hardware and software vendors have simultaneously been working to implement IPv6 support. All major operating systems in use on personal computers and server systems had production-quality IPv6 implementations by 2011.

So, a little background, if you have not taken the time to explore IPv6. IPv4, the first deployed version of IP address system, was developed in 1981 and utilized 32-bit addresses. At the time no one really thought that we would need more than the 4.3 billion unique IP addresses it provided, but as the old saying goes, never say never. With the rapid rise in quantity of users and devices, it wasn’t long before it became exceedingly clear that we would run out of unique IP addresses. IPv6 uses a 128-bit address that expands the number to 2128 (that’s the number 34 with thirtyseven zeros after it!).

So what is driving the latest flurry of media coverage of IPv6? I believe there are three key drivers.

First is that the American Registry of Internet Numbers (ARIN) entered phase four of IPv4 exhaustion on April 23, 2014. Of course this wasn’t the first region to exhaust their allocation—Asia Pacific ran out on April 15, 2011, and Europe, Middle East, and parts of central Asia ran out September 14, 2012. Latin America will run out sometime this year, and Africa will probably have a couple of years before they run out.

The third and most important driver in my mind is the growth in active cellular devices, which are expected to exceed the world population this year.

Having read a variety of articles on the topic, it appears that many in the AV industry believe that now is not the time to wade into the shallow end of the IPv6 pool. The reasons given seemed logical, like most AV systems sit on the private network and don’t need to connect directly to the internet, and the cost to implement dual stacks (IPv4/v6) will require resources and could affect the unit cost. Some are even saying that AV equipment will be the last to change to IPv6.

Sorry, I respectfully disagree, but probably not for the reason you might think. When I was describing the third driver above, I used the term ‘cellular devices’ rather than ‘cell phones,’ and this is the area that I believe will open huge areas of opportunity for the AV industry and the need to implement IPv6.

Remember IBM’s Watson that competed on the quiz show Jeopardy in 2011? IBM announced early this year that they were investing $1 billion to establish a new business unit for Watson. Guess what, it’s not because IBM thinks there is a future in winning game shows. It’s because they believe there is a business model where Watson’s ability to quickly analyze and interpret LARGE amounts of data can drive new consumer and enterprise applications via the cloud. Watson needs data to make that business model work and a lot of that data will come from connected wireless modules built into devices.

Now, think about the Internet of Things (IoT). IoT is becoming a reality due to today’s wireless connectivity, cheaper/faster processors, and improved sensors. The driver of IoT is the desire to bring additional value and differentiation to products and services. This will create huge disruption in many existing markets and with huge disruptions come new opportunities in traditional markets (think NEST).

Keep an open mind to new technologies and their potential applications. Think about challenges that your customers are dealing with and explore new technologies that might provide a solution. I really hope that the AV industry isn’t the last to embrace IPv6 and the possibilities that come with it. If so, there just might not be many opportunities left.

The other reason that I said “again” in the opening sentence is because I wrote an article on IPv6 for SCN back in 2006 entitled “IP Next Generation”. It was more education focused versus opportunity focused than this column.

Since the writing of that piece, IPv6 has become a reality and new technologies like wireless modules have come to market that expand the possibilities of new opportunities for AV equipment manufacturers and integrators. Thinking about products first, I believe there are huge opportunities in device monitoring and management off the “corporate LAN”. This could be used for determining product status, utilization data, and predictive as well as remote maintenance services, and manufacturers could offer this data through the reseller.

The residential home automation market is already seeing diversity in business models and applications due to connected devices. It has expanded from the dealer channel to include service provider offerings and retail products like NEST. We will also see similar new applications and opportunities on the commercial side of the business. For the reseller there will be huge opportunities on the services management side including enterprise, healthcare, and digital signage applications.

The AV industry was built by creative thinkers. Be creative.
—R.R.