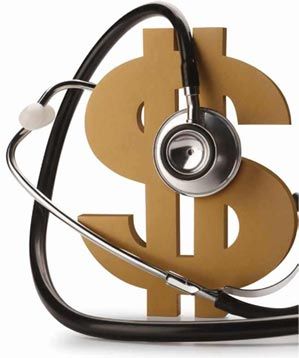 Many Factors Are Creating Opportunities In The Healthcare Sector

With our aging population and a byzantine insurance system that masks its true costs, healthcare is perhaps the most reliable area of growth for the U.S. economy. Yet for all its recent and projected expansion, hospitals and doctors’ offices are also notoriously behind the times from a technological perspective (witness the industry-wide struggle to adopt electronic medical records, for example). For AV systems contractors and consultants, that combination would suggest a business opportunity.

In many ways the education side of healthcare might be leading the way (see related story on the University at Buffalo, SUNY’s adoption of the Bosch observation and intercom systems). Interactive learning in medical schools has been proliferating for years, but for many hospitals, observation and sophisticated audio distribution were a mere wish list for school administrators. “There’s an opportunity,” said Kevin McWhite, a partner at JCS and Associates, the integrator that installed the Bosch systems in Wende Hall at the University at Buffalo. “They’re seeing something they’ve never seen before.”

McWhite also described a system at UB’s Research Institute for Addiction that until recently included traditional analog video-recording equipment. A switch to a data-based video system might be a no-brainer solution for a consultant, but the trick for many healthcare clients is getting approval to integrate any new system with the institution’s existing IT network. That can be a challenge. “You can know how to do systems,” McWhite said, “but if you can figure out whom the players are in terms of getting the bandwidth to work the systems, that’s key.” McWhite said that JCS has partnered with US Network Solutions, a network integration firm that consults large institutions on their options.

Big bandwidth, of course, is crucial for the applications that many hospitals (especially teaching hospitals) are looking to implement, such as high-definition videoconferencing which can display the fine-grain details of medical procedures. For JCS and Associates, UB’s new Bosch observation systems have become something of a template for prospective clients around the region. They’ve generated interest from Kaleida Health, for instance, the largest healthcare provider in Western New York. The attraction of these specific systems seems to be the relative ease of dealing with a single vendor for audio and video components, something that hospital administrators are likely to value.

A hospital waiting area might be configured one way in the morning and another way at night, so the audio zoning would need to be able to change quickly and easily. Atlas Sound’s Varizone line fits eight channels of 16-bit/44.1kHz audio, power, and control over one proprietary Cat-5 cable, conserving the hospital’s bandwidth.

Following the money in healthcare might lead an AV systems integrator back to the American Recovery and Reinvestment Act of 2009, the $787 billion stimulus bill that included about $20 billion for healthcare technology. Much of that sum was earmarked for facilities that were adopting electronic medical records, but a large portion of the money was directed at IT infrastructure. So if a hospital’s bandwidth isn’t there now, it could be soon.

Even before that, in 2007 the FCC put out a request for proposals for the Rural Healthcare Broadband Pilot Project. Consortiums of hospitals and other nonprofits have responded, and as a result JCS and Associates through NESS Systems has sold one-way VBrick devices for distance medical education via the Western New York Rural Area Health Education Center. “Healthcare and education are two big words in stimulus money,” McWhite said. “If you can put the two together, you’ve got a really good shot at securing some big bucks.”

ons The Health Insurance Portability and Accountability Act (HIPAA) of 1996 established privacy rules that are designed to protect patient confidentiality. The knock on the act has been that it has no teeth, but enforcement has started to cost some companies. In a high-profile case last year, CVS agreed to a $2.25 million settlement for throwing out patients’ records in unsecured containers. Despite that, integrators and manufacturers expressed some doubt about the prospect of HIPAA creating demand for sophisticated audio solutions such as complex zoning and sound masking.

But those types of systems can be useful to hospitals for other reasons, said Steve Young, VP of sales and marketing for Atlas Sound. A waiting area, he noted as an example, might be configured one way in the morning and another way at night, so the audio zoning would need to be able to change quickly and easily. The trick, Young suggests, is conserving the hospital’s bandwidth. “Getting a system for paging onto a traditional data network seems to make these guys nervous,” he said, referring to hospital IT departments. Young highlighted that Atlas’ Varizone line fits eight channels of 16-bit/44.1kHz audio, power, and control over one proprietary Cat-5 cable.

If HIPAA is not directly applicable to a hospitals audio system, other regulations are proving to be. “UL mandates are more enforced in a hospital environment, perhaps in certain states, than they would be in retail, for instance,” Young said. He notes UL 2043, a rating that concerns the fire-handling characteristics of electrical equipment installed in airhandling spaces. That is to say, ceiling speakers. While this might not be an area of opportunity, it is certainly a source of concern for any firm undertaking a healthcare installation in a new state, for example.

NFPA 72 might be another story. The National Fire Protection Association’s fire alarm and signaling code just received its most extensive overhaul in over a decade, and now it includes a new chapter on emergency communications systems. Many universities now require ECS for their buildings, including hospitals, and the code has requirements for voice intelligibility. NSCA has set up a website on mass notification and emergency communication at mnec.org, and at InfoComm the NSCA University is holding classes on topics related to the new 2010 edition of NFPA 72.

The George Washington University Medical Faculty Associates (MFA) is the largest multi-specialty physician practice in Washington, D.C. Among the MFA’s more unique offerings is a telemedicine service, offering instant and urgent medical counsel anywhere in the world—subscribers range from cruise ship physicians to oil riggers. A subscriber to the service can speak directly to a physician without going through the typical nurse referral phase.

In designing its telemedicine system, the MFA chose to use DVI signals for patient information visualization, because it provides the highest quality and color accuracy to support diagnostic images from fluoroscopy, MRI, and CT scans. Three secure computers with dual head DVI graphics cards allow tracking of client location, event monitoring, and access to patient histories. This information is displayed on two 52- and one 37-inch HD LCD flat panel displays.

With multiple sources and displays, a DVI switcher was required. The RGB Spectrum Linx became the obvious choice due to its robust feature set, including a comprehensive EDID management system. A physician controls the Linx 8x8 switcher from a wireless touchpanel, calling up the desired patient information on specific displays. The Linx 8x8 switcher also offers an integrated front panel touchscreen and built-in web server as additional forms of control. On-board cable equalizers eliminate the need for outboard devices simplifying design, installation, and operation.

The system was designed and installed by CTSI, Chantilly, VA. According to the account executive in charge of the project, Steve Mills, CTS-D, ease of installation and programming were key benefits of Linx. “The Linx DVI switcher was a perfect fit for our requirements, and from the beginning it has worked exactly as advertised,” he said. The MFA staff further added, “With Linx, we have easy to use, instant, and seamless control of all diagnostic and patient information. We couldn’t function at this level without it.”

“The remodel necessary to adjust the space to the specific needs of the nursing program was the perfect time to integrate updated AV equipment, to both assist with training and monitor training rooms,” recalled Brian Perkins of JCS and Associates. “The Assessment Lab is located in the basement level where concrete ceilings prohibit the use of recessed ceiling speakers, so we installed a single surface-mounted EVID 4.2T in each of the 10 rooms there, running on a 70 V circuit. We were able to use recessed EVID C4.2 in each of the two rooms in the Fundamentals Lab on the fourth floor, due to the drop-tile ceilings.” Each room is also equipped with an EV RE90 boundary microphone for audio recording and intercom purposes.

In addition to the audio equipment, each of these rooms features two Bosch AutoDome cameras—one for monitoring, one for recording. Bosch PWS wall controls control the cameras in each room. Rather than being wall-mounted, each unit is housed in a control box fabricated to be easily moved across the desk to accommodate left- or right-handed users.

The system is set up to record video continuously. The systems in each part of the facility are networked via NetMax N8000 digital matrices back to one of three central control rooms where the racked receivers, recorders, and amplifiers live. The input to output Bosch/EV spec is completed with three 18-inch EV PolarChoice microphones mounted into the counters at each control station.

“We needed DSP to provide both excellent audio quality and flexible matrix capability so, for example, we could create our talk-back loops between two rooms with digital recorders,” Perkins said. “We needed a user-friendly way to give the operator the means to select which room they’re talking to, which room they’re listening to, and at the same time maintain a solid recording path from all the rooms to the recording system. NetMax has always been our weapon of choice when it comes to audio processing and switching.”

In more healthcare applications, AV technology is allowing surgeons to view a surgical procedure on a high-resolution monitor instead of looking through a microscope. For its part, TrueVision 3D Surgical, a provider of digital 3D visualization systems for microsurgery based in Santa Barbara, CA, is using the JVC GD-463D10U 46-inch 3D LCD HD monitor as part of its real-time 3D visualization platform.

Designed to record, edit, and playback 3D 1080p content, the TrueVision system brings patient data and images from the exam room into the OR. It also provides additional benefits, including better ergonomics for the surgeon and improved operating room team synergy, because the whole team can see and follow the procedure. The company is also working on a guidance platform for microsurgery, which is currently in a clinical study.

The processing speed of the GD- 463D10U is also very important. “Surgeons are operating in real time,” Reali explained. “Their hand movements have to match exactly. The JVC monitor has no noticeable delay [latency] from the real-time action at the surgical target to what you see on the screen.” Image quality is also critical—surgeons will not use a monitor if it does not provide as good or better images than what they see through the eyepiece. Reali said surgeons using the TrueVision system appreciate the excellent color and contrast ratio of the GD- 463D10U, which accurately displays the subtle shades that can mean the difference between cancerous and non-cancerous tissue.

Trevor Boyer (trevor.boyer@gmail.com) is a freelance writer based in New York, NY.