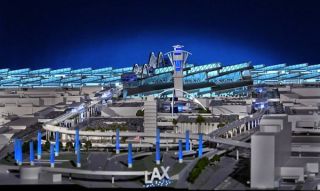 When the Port of Los Angeles began construction on the new, expanded Tom Bradley International Terminal at LAX three years ago, there was an unspoken understanding that the new structure would have to be an architectural tour-de-force, and a befitting 'first impression' for this iconic international city.